Rumour Has It: Juventus to offer three players in move for Pogba 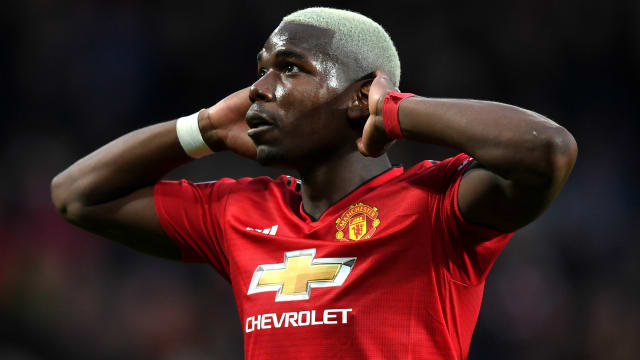 Maybe Juventus are not ready to give up on signing Manchester United star Paul Pogba just yet.

Pogba, 26, has been linked with a return to Turin and a move to Real Madrid as he looks for an Old Trafford exit.

But, just as it looked like Juve were struggling and Madrid was the midfielder's most likely destination, that may have changed.

Juventus could offer a fee plus three players in their move for Manchester United star Pogba, according to Corriere dello Sport.

Full-back Joao Cancelo, attacker Douglas Costa and midfielder Blaise Matuidi are the players mentioned for potential moves in the report.

- Barcelona are still trying to find a way to bring Neymar back to Camp Nou from Paris Saint-Germain. According to Sky Germany, Barca are offering €100million plus two players, having given PSG a list of six that includes Philippe Coutinho, Ousmane Dembele, Ivan Rakitic, Nelson Semedo and Malcom. That is up from the earlier offer of €40m plus two players. According to Sport, Barca have made Coutinho and Rakitic priorities to be sold.

- After being linked to Bayern Munich, Callum Hudson-Odoi is set to re-sign with Chelsea. The Daily Mail report the 18-year-old England international will sign a five-year deal worth more than £100,000 per week to stay at Stamford Bridge.

- Giovani Lo Celso apparently wants to join Tottenham, but Spurs are unwilling to meet Real Betis' £60m (€66.8m) asking price, according to The Sun, who say Erik Lamela could be added into a deal. Danny Rose could also reportedly leave Spurs and Sky Sports say PSG are interested in the left-back.

- Arsenal have beaten their north London rivals to the signing of Saint-Etienne defender William Saliba, according to ESPN FC. Arsenal will complete the signing of Saliba for £26.9m (€30m) and loan him back to the Ligue 1 club despite late interest from Spurs, the report says.

- Another reported Arsenal target, Wilfried Zaha, has told Crystal Palace he wants to leave, according to The Sun. Arsenal have reportedly had a £40m bid for the attacker rejected.