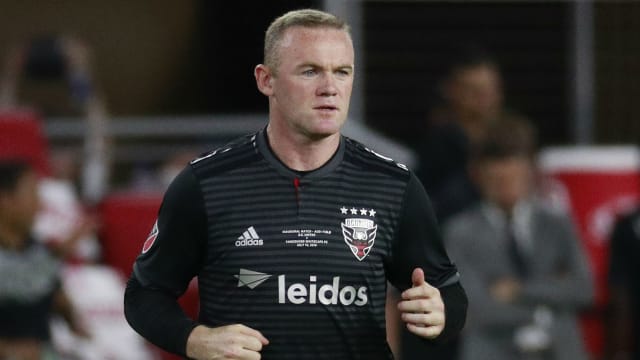 Wayne Rooney scored and provided an assist as DC United thrashed Cincinnati 4-1 in MLS on Thursday.

Rooney set up the opener before getting on the scoresheet at Nippert Stadium as DC jumped back into second in the Eastern Conference.

The former Manchester United and England star took down a throw-in from the left before passing to Lucas Rodriguez, who curled in a fine opener three minutes before half-time.

Rodriguez's deflected effort restored DC's lead before Rooney fired into the bottom corner to make it 3-1.

Paul Arriola sealed the win on the counter-attack after a pass from Rodriguez as DC ended a three-match winless run.

In Portland, the Timbers came from behind to secure a 1-1 draw against Orlando City.

Jeremy Ebobisse headed in an 82nd-minute equaliser to cancel out Santiago Patino's first-half goal for Orlando.