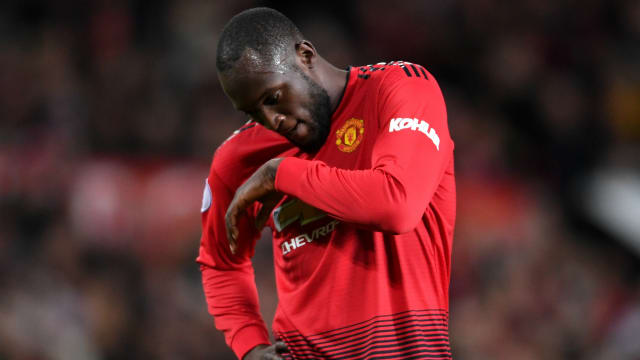 Manchester United striker Romelu Lukaku is "not fit" to face suitors Inter in Saturday's pre-season friendly in Singapore, according to Ole Gunnar Solskjaer.

Lukaku has not featured on the pre-season tour of Australia and Asia amid speculation over his future.

Serie A side Inter have identified the Belgium international as a suitable replacement for the unwanted Mauro Icardi, but will reportedly have to pay around £75million to prise him from Old Trafford.

United are yet to provide specific details about the nature of Lukaku's fitness problem, which has been described as minor.

"He is not fit, so he won't be available, no," Solskjaer said ahead of the International Champions Cup clash.

Asked about Lukaku's transfer situation, the Norwegian responded: "I don't have any updates from the last time."

Lukaku's ongoing absence has allowed Anthony Martial to stake a claim for a starting place in attack.

The France international scored from the spot in the 4-0 friendly victory over Leeds United in Perth and Solskjaer remains a keen admirer of the 23-year-old despite his struggles to completely convince in the Premier League.

"Anthony can be a world-class forward," the United manager said.

"I think if you have followed Anthony, the way he has come back to pre-season, his attitude is spot on.

"I think he has always got the quality and talent, so I expect him and Marcus [Rashford] to be even better than last season."

Star goalkeeper David de Gea and left-back Luke Shaw have been cleared to feature against Inter after sitting out the Leeds match.