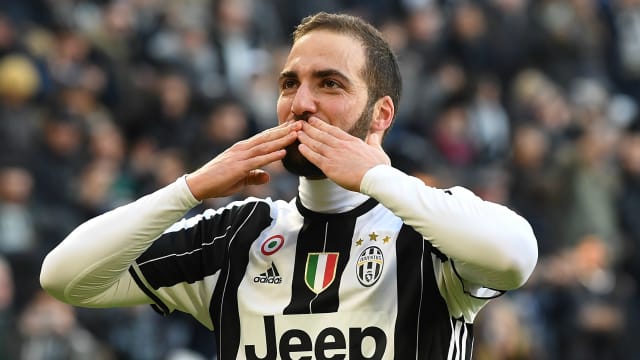 Juventus have included Gonzalo Higuain in their tour squad despite reports Roma have agreed a deal to sign the striker on loan.

Higuain is back at Juve after Chelsea, for whom he scored five Premier League goals during the second half of last season, opted not to extend his loan or trigger a purchase option.

The Argentinian, however, has been linked with an exit with his opportunities at Juve seemingly limited as they boast Cristiano Ronaldo and Paulo Dybala among their forward options.

Higuain thrived under new Juventus head coach Maurizio Sarri when they previously worked together at Napoli and the 31-year-old may yet get a chance to stake his claim in pre-season.

Juve are set to face Tottenham, Inter and Atletico Madrid in the International Champions Cup as Sarri's side warm up for the 2019-20 campaign.

Reports in Italy claim Roma have agreed a loan deal for Higuain with Juventus but that the striker is yet to accept the move.

The Giallorossi are said to want to secure Higuain as a replacement for Edin Dzeko, who is reportedly a target for Inter.

Speaking last month, however, Higuain's brother and agent Nicola said the striker will not play for another Serie A club this term.

"Higuain in Italy will play only for Juventus," Nicola Higuain tweeted. "Two years of [his] contract remain and will be respected."

Mattia Perin is missing after his move to Benfica was postponed on Thursday when a medical found the goalkeeper's shoulder injury will keep him out of action for a further four months.