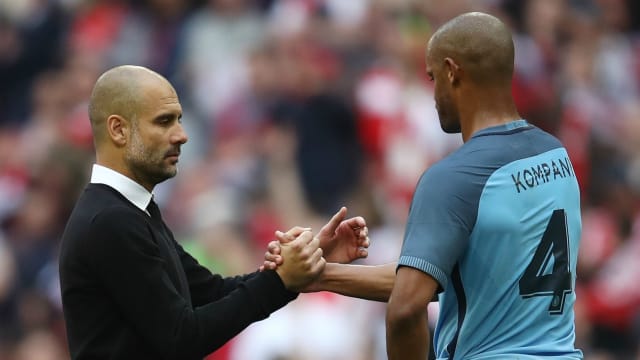 The Citizens are in the market for a new defender after club captain Vincent Kompany departed the Etihad following 11 seasons at the club.

City has been linked with Leicester City's Harry Maguire, and while Guardiola refused to discuss the England international specifically, he acknowledges that they are looking at transfer targets.

"We will see," Guardiola said when asked if City needed to replace Kompany. "But yeah, we are looking for some names.

"At the same time, we have three centre-backs who can play there and we have two young players in the second team who can help us.

"We shall see if the market is possible and if the club believes we can spend that money. But if they don't, we shan't spend it."

"I want him. He has special qualities, we play wingers and we need specific wingers. But it is his decision, it’s the same as what happened with [Jadon] Sancho. We want him, we are giving everything, but in the end, if he doesn’t want, what can you do? Nothing."

City have made two signings this off-season with Spanish midfielder Rodri joining for a club-record £63million and full-back Angelino returning to the club from PSV Eindhoven.