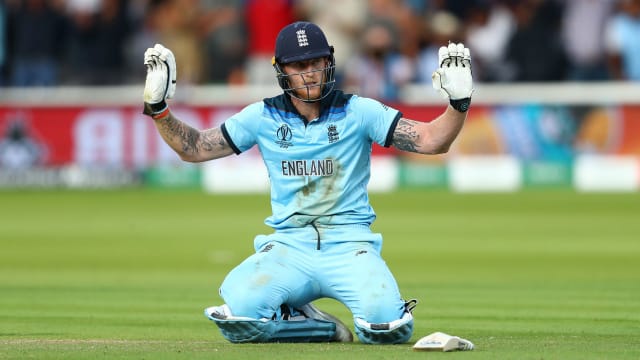 England all-rounder Ben Stokes has been nominated for the New Zealander of the Year award, less than a week after dashing the Black Caps' Cricket World Cup dreams.

Stokes was instrumental in England's thrilling triumph at Lord's on Sunday, scoring an unbeaten 84 to force a Super Over and then making eight off three balls in the additional six deliveries as Eoin Morgan's side won an all-time classic on boundary count.

In an incident-packed innings, Stokes was caught by Trent Boult in the deep during the penultimate over only for the fielder to step on the rope with the ball in hand, and in the final over England's number five dived and accidentally diverted Martin Guptill's throw to the boundary with his bat, resulting in another crucial six runs.

However, despite playing a pivotal role in beating the Black Caps, Stokes, who was born in Christchurch and moved to England at the age of 12, has still received votes for the New Zealander of the Year award.

"He might not have been playing for the Black Caps but, having been born in Christchurch, where his parents now live, and with Maori ancestry, there's clearly a few Kiwis about who think we can still claim him."

Black Caps captain Kane Williamson - voted player of the tournament at the World Cup - is also up for the award, along with Abdul Aziz, who chased away a gunman after 51 people were killed in a terror attack on two Christchurch mosques.