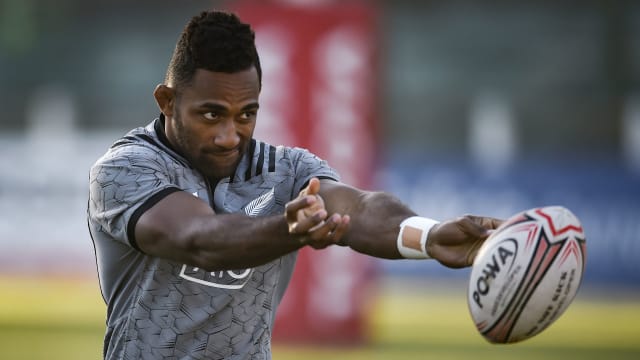 Just two months before the Rugby World Cup starts in Japan, this year's Rugby Championship will give opportunities for players desperate to board the plane to Japan.

While Beauden Barrett, Michael Hooper, Pieter-Steph du Toit and Nicolas Sanchez are nailed on to feature on the biggest stage for their respective nations, fitness permitting of course, there are some who are playing for a place in the squad.

New Zealand prepare to start the defence of their title against Argentina in Buenos Aires on Saturday, while South Africa and Australia do battle at Ellis Park on the same day.

Here we have picked out those who will be determined to grasp their opportunities in a shortened tournament in 2019.

Sevu Reece, New Zealand | Debutant
Sevu Reece topped the Super Rugby try scoring chart with 15 for @crusadersrugby, seeing him earn his first call up to New Zealand for the 2019 Rugby Championship. Will he score on his @AllBlacks debut? pic.twitter.com/0kUDi7H3fw

Reece was one of four uncapped players named in the All Blacks squad for the opening two rounds.

The 22-year-old wing was the leading try scorer in Super Rugby, lighting up the competition as the Crusaders retained their title.

Fiji-born flyer Reece has the pace, power and skill to deliver on the international stage and an impressive Rugby Championship can book him a ticket to the World Cup.

Reece was supposed to join Connacht and looked set to play for Fiji, but after being granted a discharge without conviction over a domestic assault last year, he has experienced a rapid rise.

Johnson-Holmes was flown over to Johannesburg to link up with an injury-hit Australia squad for their encounter with the Springboks.

The 22-year-old Waratahs prop is poised to come off the bench for what is sure to be a fierce battle this weekend.

With Tom Robertson (ankle) and Scott Sio (adductor) missing out, Johnson-Holmes has been summoned from the fringes.

James Slipper got the nod to start in what will be his first international appearance since 2016 and he will be eager to make up for lost time, but Johnson-Holmes is vying for a World Cup call.

Elton Jantjies and namesake Herschel will form a half-back pairing for the first time on the Test stage.

Springbok assistant coach Mzwandile Stick says scrum-half Herschel has the potential for greatness and he will get the opportunity to live up to the hype.

While Faf de Klerk and Cobus Reinach are ahead of the 23-year-old in the pecking order, but there is still time to show he merits a spot after an excellent Super Rugby season for the Stormers.

Livewire Lucas Mensa is a potential bolter for the Pumas' World Cup party.

The centre was called up to Argentina's first Rugby Championship squad by Mario Ledesma, who will be aiming to build on an outstanding, historic Super Rugby campaign by the Jaguares.

Mensa is a bundle of energy and is capable of hitting the ground running at international level.

Yet to make his debut, the 23-year-old has impressed Ledesma while playing for Argentina XV in the Americas Rugby Championship.