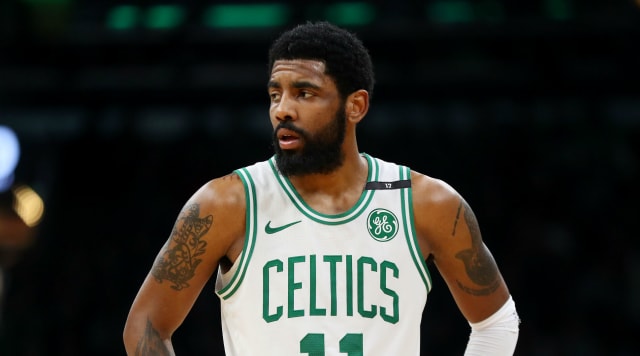 Kyrie Irving's decision to leave Boston and sign with the Brooklyn Nets in free agency did not come as a surprise to Celtics general manager Danny Ainge.

During an interview with 98.5 The Sports Hub's Toucher and Rich, Ainge opened up about some of the conversations he had with the six-time All-Star in the months leading up to his free agency.

"He did express to me on a couple of occasions between March and the end of [the season] that he really wanted to go home," Ainge said about Irving, who grew up in New Jersey.

Irving had mentioned at one point that he planned to re-sign with the Celtics, but Ainge revealed he never had that conversation with him.

"He told everyone else, but I never had that conversation with him," Ainge said. "I asked him point blank in the conversations that I had with him, 'Would you consider returning to Boston?' And he was always 'Yes'. He was always in that frame of mind. I don't think he was out the door for sure by then. I think he was contemplating all his options."

Ainge went on to defend Irving and said he wanted to take the blame away from the veteran.

The Celtics finished the season with a 49-33 record and many questioned Irving's leadership.

"A lot of people put a lot of heat on Kyrie of being the guy that's supposed to be this great leader and it was his responsibility to lead everybody," Ainge said.

"I continually tried to remove that pressure from Kyrie and [tell him to] just be yourself, just go play, just have fun, find joy in the game ... I think he did feel that burden, that he had to be too much, and wasn't able to do that.

"I don't like the fact that it's all the blame on [Irving]. I'd like everybody to take responsibility for that. I feel like the Kyrie bashing is unfair, that's all."