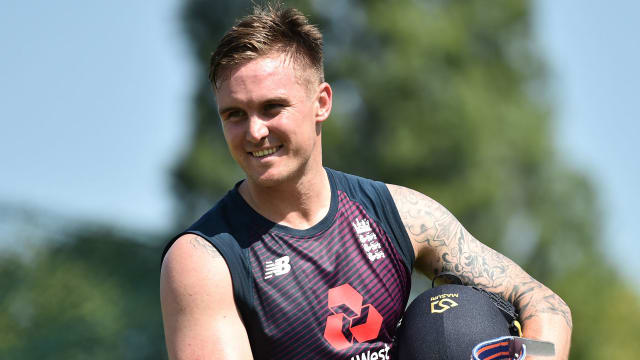 Jason Roy is set to make his Test debut for England against Ireland, putting him in line for an Ashes call-up next month.

Star batsman Roy is yet to feature in the longest format at international level but was vital to hosts England's Cricket World Cup triumph.

His form in that tournament has earned him a first shot at Test cricket, selected among 13 players to face Ireland in a four-day contest at Lord's with Olly Stone and Lewis Gregory the other uncapped men to earn a spot.

The trio are also included in a 16-man group for a pre-Ashes camp.

There is good news for England, too, with James Anderson's inclusion in the squad, the experienced bowler having recovered from a calf tear.

However, Jofra Archer, another waiting for a Test bow, and Mark Wood are both suffering with side strains.

Wood is set for four to six weeks out while Archer will have a period of rest and return from Barbados later this month, with national selector Ed Smith stating the latter will be out "for a while".

Ben Stokes and Jos Buttler - stars of the World Cup success - have also been granted leave until the pre-Ashes camp ahead of the August 1 opener.

The four-day clash with Ireland begins on July 24.