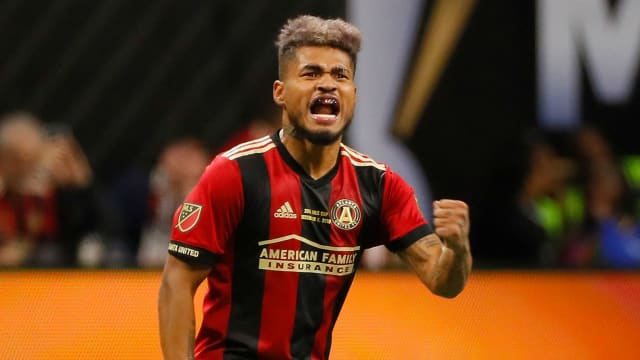 Josef Martinez continued his prolific form in a resounding win for Atlanta United, while Jozy Altidore scored a stunning goal for Toronto.

Darlington Nagbe got the scoring started for the hosts at Mercedes-Benz Stadium before Brandon Vazquez's close-range header.

I mean... @JosefMartinez17 puts 'em on the ground and smashes it in pic.twitter.com/i0nctOkU0f

The striker has scored six goals in four games since returning from the Copa America, while Gressel sealed Atlanta's win.

Altidore produced a brilliant flick from a Tsubasa Endoh cross to give the hosts the lead before Alejandro Pozuelo's penalty.

Tom Barlow pulled a goal back for the Red Bulls in the 63rd minute, but Ashtone Morgan's strike helped lift Toronto into sixth in the east.