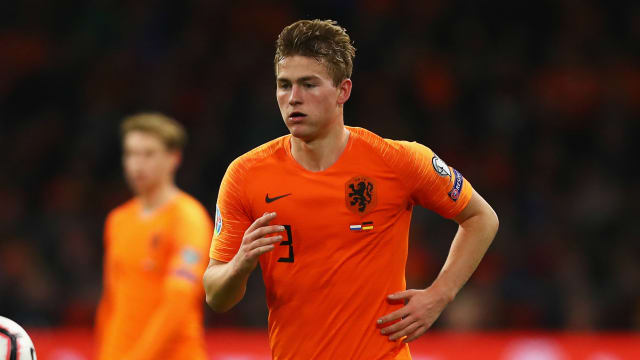 Matthijs de Ligt arrived at Juventus' health facility on Wednesday to complete the final formalities of his long-awaited transfer from Ajax.

The Serie A champions published a video to social media of Netherlands defender De Ligt acknowledging fans and posing for photos ahead of his medical.

The 19-year-old flew into Turin on Tuesday to finalise what will reportedly be an €80million move.

Having attracted reported attention from Barcelona, Manchester United and Paris Saint-Germain, De Ligt - who scored the goal that knocked Juve out of the Champions League last season - settled on Allianz Stadium as his preferred destination and the Italian giants eventually came to an agreement with Ajax.

He is tipped to a sign a five-year deal.

Pending the successful completion of his medical, De Ligt will become the Bianconeri's seventh signing of the close-season.

Free agents Adrien Rabiot and Gianluigi Buffon are among the other players to have signed on since ex-Chelsea boss Maurizio Sarri took charge in June.