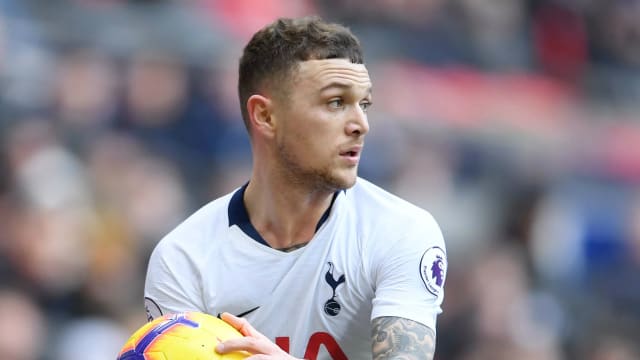 Kieran Trippier has joined Atletico Madrid on a three-year contract after leaving Tottenham in a deal reportedly worth €22million (£22m).

The England international heads to Spain in the hope of reinvigorating his career, which stagnated in the aftermath of the World Cup in 2018.

Right-back Trippier exceeded expectations in Russia, scoring the opening goal in the semi-final defeat to Croatia, but lost form on his return to Tottenham.

Serie A side Napoli expressed firm interest despite the 28-year-old slipping out of the England squad, while Juventus and Manchester United were also linked.

Atleti ultimately outlasted their competitors to secure a direct replacement for the long-serving Juanfran, who left on a free at the end of June.

Santiago Arias and the injured Sime Vrsaljko are the other right-backs on the free-spending LaLiga club's books.

Trippier's departure leaves Spurs boss Mauricio Pochettino to choose from Serge Aurier, Kyle Walker-Peters and Juan Foyth on the right side of defence.