Pogba can get his 'new challenge' at Manchester United – Solskjaer 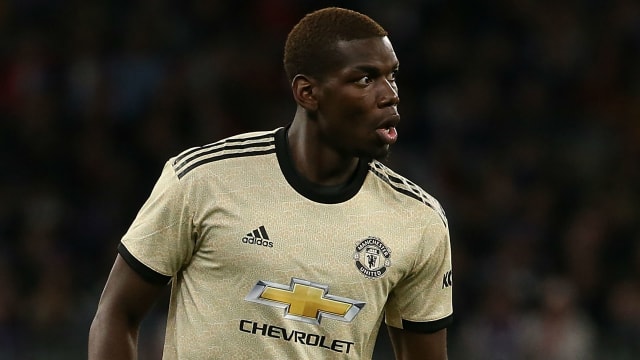 Ole Gunnar Solskjaer has promised star midfielder Paul Pogba he can get the "new challenge" he is seeking at Manchester United.

A month ago, France international Pogba said he wanted "a new challenge somewhere else" amid reports former club Juventus and LaLiga giants Real Madrid could try and prise the 26-year-old away from Old Trafford.

Pogba returned to Premier League side United for a then-record fee of £89million in August 2016, though he has been criticised for failing to consistently deliver the type of performances he did when helping France to win the World Cup at Russia 2018.

Solskjaer, who replaced Jose Mourinho as United manager in December 2018, revealed he has spoken to Pogba on several occasions and is not annoyed by his comments.

"I've said many times about Paul that he's a top, top boy and a great player and he's never, ever been a problem," Solskjaer said in quotes published on several British newspapers' websites.

"I've not been upset by anything he's said because we've had many conversations and I know exactly what Paul is thinking. I can give him a new challenge."

A fresh challenge is exactly what Alexis Sanchez expected when he swapped Arsenal for United in January 2018.

However, the Chile international has underwhelmed so far and has failed to reproduce the type of form he showed across three-and-a-half seasons with the Gunners having scored just five goals in 45 games for United in all competitions.

Sanchez, sidelined by a hamstring injury sustained at the Copa America, has been warned he must show he is worthy of a place in Solskjaer's team.

"I will have to help," Solskjaer added.

"I've just answered a question here that you can't spoon-feed them. They've got to come in and grab their chances.

"And Alexis is quality and he showed it in the Copa America."