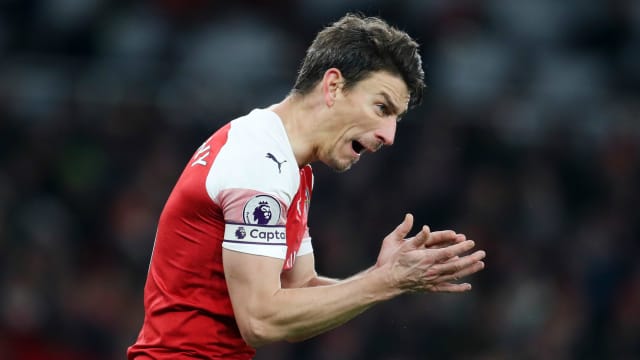 Koscielny refused to travel to the United States for Arsenal's pre-season tour amid speculation over his future, with Lyon, Bordeaux and Borussia Dortmund linked with a move for the French defender.

Emery said the 33-year-old was still part of his plans, but added a decision on Koscielny was in the club's hands.

"He has one year left on his contract. For me as a coach, he's an important player. Now, it's one matter for him and the club," Emery said after Arsenal's 3-0 win over Colorado Rapids on Monday, via Football London.

"The club and him need to speak, they are speaking about his situation. I cannot say more than that.

"I spoke with him before he came here and he decided to stay there."

Emery revealed he spoke to Koscielny three times about his situation but the centre-back opted against travelling.

Off to a winning start on our pre-season tour

Thanks for having us, @ColoradoRapids

It has been an otherwise quiet close season for Arsenal, who have been linked with moves for the likes of Crystal Palace star Wilfried Zaha, Celtic defender Kieran Tierney and Real Madrid's Dani Ceballos.

Emery, whose side finished fifth last season, was remaining calm over potential additions to his squad.

"The club is working. We are speaking every day with the club and [technical director] Edu. I prefer to work with patience and calm and take the best decision," he said.

"We have very good players, very young good players. We need someone to help us. The club is working on that.

"We prefer to take the best decision with patience. If we need to wait more time for this reason I prefer to do that."