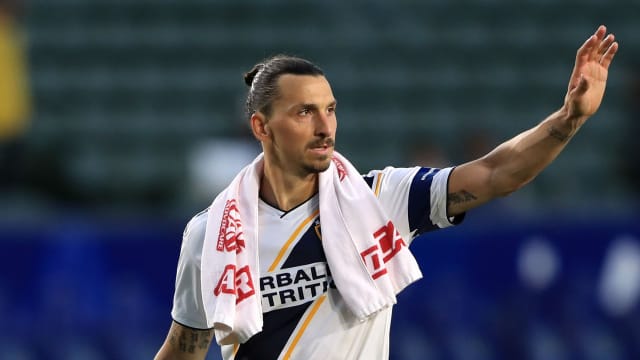 Zlatan Ibrahimovic is open to returning to Ajax as a director, bullishly claiming he would do a better job than anyone holding such positions at the Eredivisie club.

Ibrahimovic spent three seasons at Ajax from 2001 to 2004, winning two Eredivisie titles and the KNVB Beker before leaving for Juventus.

A player set to take a similar route is Matthijs de Ligt, who is reportedly on the verge of securing a big-money switch to the Serie A champions, as Ajax undergo another squad overhaul following their spectacular run in the Champions League last term.

De Ligt's imminent departure comes on the back of Frenkie de Jong leaving for Barcelona, while Hakim Ziyech and David Neres are two other stars who have been linked with moves away from the club.

My favourite team of all time. I only have to decide the coach. Maybe will be Zlatan pic.twitter.com/MvRN5krxPc

But Ibrahimovic thinks he could find his way back to Amsterdam to take up a role after he retires, suggesting he could take last term's Champions League semi-finalists to new heights.

"Normally I don't return to clubs where I have already played, but maybe after my career I can become a director at Ajax," he told De Telegraaf. "Then I would do a better job than anyone who is sitting there now.

"Ajax is still my club in the Netherlands and I am proud to have been part of it, especially when I see how they present themselves in Europe.

"They have done what nobody expected and produce players that they are used to producing. It's wonderful to see."

Ibrahimovic is in his second season at MLS side LA Galaxy, having joined from United in 2018.