As soon as I heard of Juve's interest, there was only one place to go – Ramsey 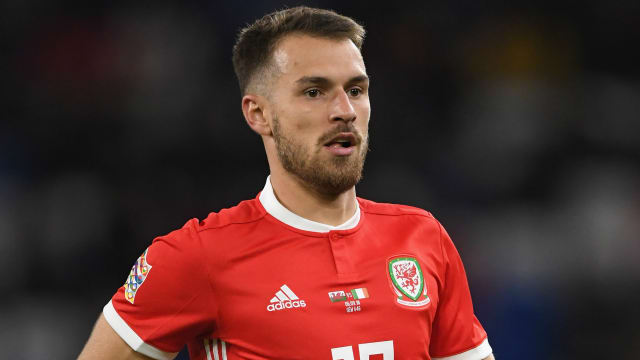 New Juventus signing Aaron Ramsey believes he has secured a "dream" move and insists he paid offers from other clubs no mind once he heard of the Old Lady's interest.

Ramsey left Arsenal on a free transfer at the end of the 2018-19 season, with the two parties failing to agree a new contract.

Juve are reported to have struck a deal with the Wales international in January, with their agreement being made official a month later.

It brought an 11-year association with the Gunners to an end, but also ensured he is able to return to the top of the European game, with Serie A champions Juve in the Champions League, unlike Arsenal.

It had been clear since the start of the season that it was to be Ramsey's final campaign at Emirates Stadium and numerous Italian clubs were linked with him, but there was only one place he wanted to be.

When asked in his presentation news conference if he ever considered another Italian side, Ramsey said: "As soon as I knew Juve were in for me, there was no question about where I was going to go. You can't turn down that opportunity.

"I'm so excited to be here and hopefully I can be a part of a new history. There were other clubs, but this is the right club for me.

"When I knew Juve were interested, I couldn't refuse them. It's a great club, one of the biggest. To have the opportunity to come here, play for them, is a dream to play at the top level.

"It's a challenge for myself as well, to come here, experience a different way of life, different culture. I'll take that in and embrace it.

"Hopefully it goes nicely over here. I know how hard it's going to be, but I've prepared myself for that and I'm looking forward to the challenge."

Ramsey is not the only new recruit Juve have picked up from the Premier League, as coach Maurizio Sarri traded Stamford Bridge for Turin.

The Wales midfielder is familiar with the Italian and was impressed with his solitary campaign in England.

"From what I saw last season, he had a very good season for Chelsea," Ramsey said. "He got to two finals [the EFL Cup and Europa League], won one of them, and finished in the top four.

"That's not easy to do, so it was definitely a success. Hopefully he can bring his philosophy to this team, winning and playing good football, that's the ideal situation.

"Hopefully this will be something we can do, being really successful doing it."