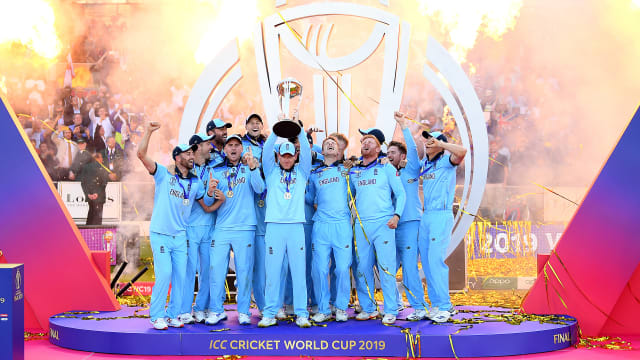 'Who said cricket was boring?' England's incredible win over New Zealand dominated front and back pages across newspapers in United Kingdom.

New Zealand had made 241-8 after batting first, only for England to match that and reach 15 in a Super Over, a tally the Black Caps also managed.

'Who said cricket was boring?' read the front page of Monday's The Daily Telegraph.

The front page of tomorrow’s Daily Telegraph: ‘Who said cricket was boring?’ #tomorrowspaperstodaypic.twitter.com/eCXAsNPIcs

On the cover of The Independent, a headline read: 'Howzat for a game of cricket!'

'Champagne Super Over' led the front page of the Daily Mirror and Metro as England's media lapped up the win.

Meanwhile, the back page of The Sun read: 'They think it's all super over.. it is now', alongside a photo of captain Eoin Morgan kissing the trophy.

The Black Caps' defeat was their second straight in the World Cup final, following on from their 2015 loss to Australia.