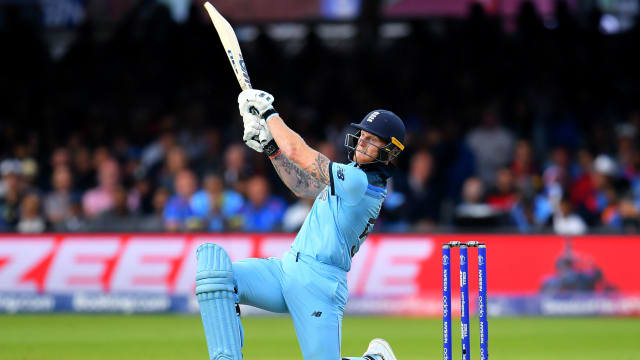 The 2019 Cricket World Cup final between New Zealand and England sensationally went down to a Super Over after a remarkable conclusion to the hosts' run-chase at Lord's.

Chasing 242 for victory, England required 15 from the final over and three off the last two balls after two sixes from Ben Stokes, the second courtesy of an extraordinary turn of events that saw the batsman dive to make a second run and inadvertently divert the ball over the rope for four more.

The drama was not over there, however, as Adil Rashid and Mark Wood were each run out at the non-striker's end to ensure Stokes (84 not out off 98 balls) could only pinch singles from each of Trent Boult's final deliveries.

That meant England finished on 241 all out, matching New Zealand's total of 241-8. As a result, a one-over shootout was required to decide which team would win their first World Cup final.

Who bats?! Who bowls?! WOW. Does this game just HAVE IT ALL? #CWC19  #ENGvNZ#BACKTHEBLACKCAPSpic.twitter.com/1TkEAI2fIj