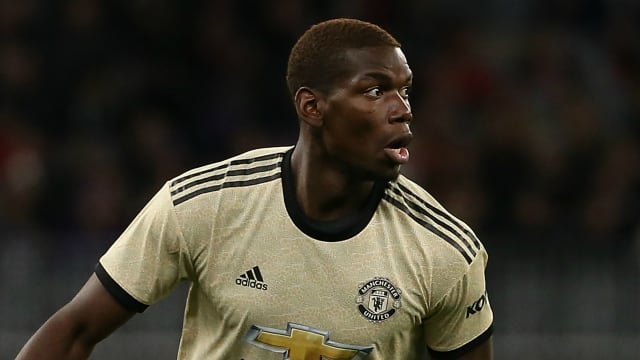 Paul Pogba needs to get his head down and ignore any advice from his agent, according to former Manchester United captain Bryan Robson.

The French midfielder's representative Mino Raiola confirmed earlier this month he is "in the process" of working on a transfer, with Real Madrid and Juventus reported to be interested.

Pogba has also been vocal about his future and revealed in June he is ready to seek a "new challenge" elsewhere.

Despite the ongoing uncertainty, the 26-year-old is in Australia with his team-mates for the start of their pre-season campaign and played 45 minutes of Saturday's 2-0 friendly win against Perth Glory.

60 - Since his return to the club in 2016, Paul Pogba has been involved in more goals in all competitions than any other Manchester United player (31 goals, 29 assists). Challenge. pic.twitter.com/8Cq5zd7Sf8

Pogba has been urged by Robson, who spent 13 years with United during his playing days and is now a club ambassador, to ignore the transfer speculation and focus solely on helping the team that pays his wages.

"You're a Manchester United player, you're contracted to them so you have to give everything for the club, the team and the fans," he told Sky Sports.

"There's a lot of speculation in the media about Paul. He is a top player.

"Get your head down, do your pre-season as well as you can - which, from what I've seen in the training sessions, he has done - and if something happens and the club want it to happen, or nothing happens then you've got to get on with it."

Pogba reported back for pre-season training with United on time, although that was not the case for Antoine Griezmann, Neymar and Laurent Koscielny in recent high-profile cases of other players linked with moves away.

Griezmann has got his wish by joining Barcelona from Atletico Madrid, while Neymar and Koscielny have been tipped to leave Paris Saint-Germain and Arsenal respectively before the transfer window closes.

Robson is unhappy with the amount of power agents have in the modern game and put it down to the money involved.

Up and running on #MUTOUR! #MUFC

Asked about the trio's no-shows, he said: "I think players are influenced far too much by their agents, instead of making their own decisions.

"Sometimes maybe you want some advice on who to sign for and when to move, but at the end of the day, you're your own person and you can show the path that you want to follow in your career.

"And I don't think many players do that - they're always taking advice from their agents.

"Agents want players to move on because they make money. If a player is loyal to a club and stays there, the agent doesn't make as much money. I think that's a big influence not just at Manchester United, but all over the game.

"I think players should sometimes take a good look at themselves in the mirror and make what they want to of their career."

Serie A set to resume on June 20