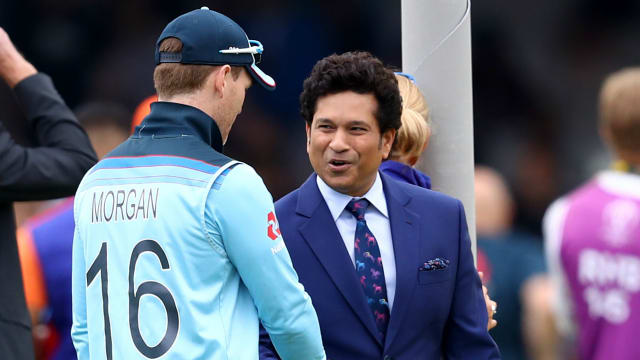 New Zealand won the toss and chose to bat first in the Cricket World Cup final at Lord’s as both sides look to land the trophy for the first time.

A wet start in London saw the pitch covered early in the morning before showers passed to avert the danger of a significant delay.

Tournament hosts England, led by Eoin Morgan, are unchanged from their semi-final victory over Australia, and New Zealand also made no alterations to the side that saw off India.

This is a first Cricket World Cup final for England since 1992, when Graham Gooch’s team lost to Imran Khan’s Pakistan.

For New Zealand it was a chance to go one better than four years ago when they suffered a seven-wicket thumping at the hands of fellow tournament co-hosts Australia.

There are five survivors from that match lining up against England, with Martin Guptill keeping his place despite making five single-figure scores in his past seven innings. The opener is joined by skipper Kane Williamson, Ross Taylor, Matt Henry and Trent Boult.

Williamson backed Guptill to come good and said it would be "incredibly special" for New Zealand to win the trophy.

"But before those potential thoughts it's about playing some good cricket," he said.

England captain Morgan said he was not unhappy with the outcome of the toss.

"No, not at all. It was a bit of a 50-50 call. It's always difficult here at Lord's. With the overheads we were probably leaning towards a bowl but it doesn't really bother me," Morgan said on Sky Sports.

"Whichever side plays well will lift the trophy at the end of the day.

"It's a big challenge for us playing against an in-form New Zealand side."