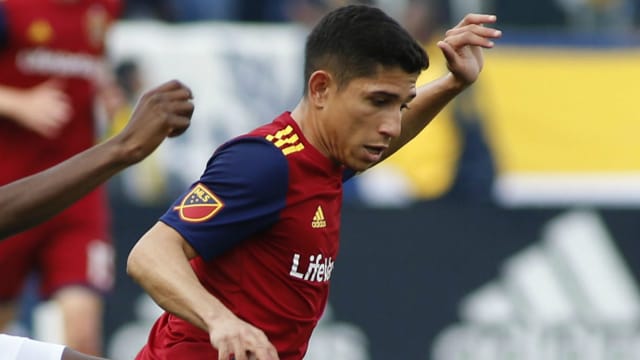 Jefferson Savarino guided RSL with a brace and an assist to upstage visiting Eastern Conference leaders Philadelphia on Saturday.

Savarino latched onto an Aaron Herrera ball to open the scoring in the 23rd minute and the Venezuela international doubled the lead with 19 minutes remaining at Rio Tinto Stadium.

After Savarino rifled home a second, Albert Rusnak and Damir Kreilach completed the rout inside the final nine minutes of regulation.

Savarino has his second and @realsaltlake is in control! #RSLvPHIpic.twitter.com/s8IJKcBsoG

The result left Philadelphia with just one win from five games and four points clear of DC United in the east, while RSL are sixth in the Western Conference.

Columbus Crew fell to their fifth consecutive defeat and eighth straight game without a win after losing 1-0 to Orlando City, while lowly FC Cincinnati made it back-to-back victories by upstaging Chicago Fire 2-1.