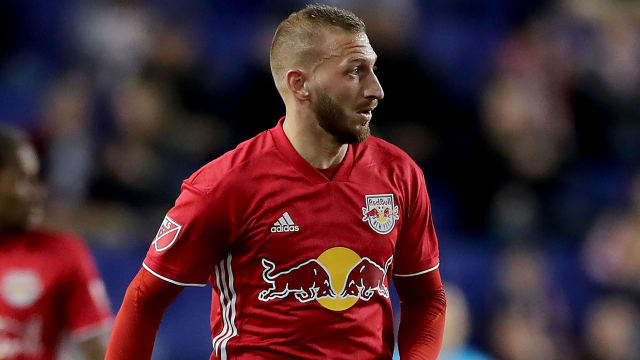 The Red Bulls came from behind to overcome New York City 2-1 in the Hudson River Derby.

City took a seventh-minute lead at Red Bull Arena, Heber getting on the end of Anton Tinnerholm's cross from the right to open the scoring.

However, the hosts drew level on the stroke of half-time as Royer put a penalty into the top corner.

Daniel Royer steps up and makes no mistake from the spot! #NYDerbypic.twitter.com/6R6q9vr8Eo

Royer also scored what proved to be the winner on the hour-mark, expertly guiding a header into the bottom corner from Cristian Casseres Jr.'s cross.

In Seattle, the Sounders recorded a 2-1 win over defending champions Atlanta at CenturyLink Field.

Raul Ruidiaz scored a sensational opener, taking down a pass from Cristian Roldan with his chest, chipping a defender and firing home.

The result moved the Sounders into second in the Western Conference, while Atlanta are fourth in the east.