Maldini and Boban will bring glory back to AC Milan, says Shevchenko 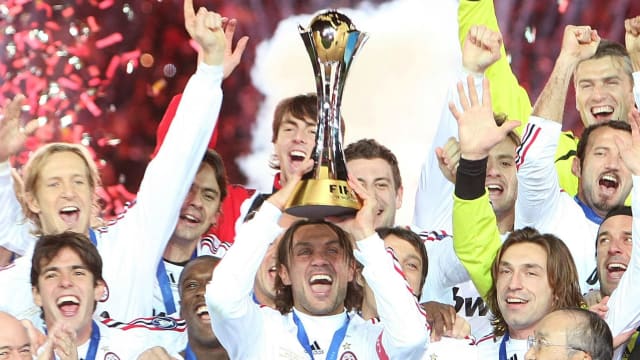 Andriy Shevchenko has backed fellow legends Paolo Maldini and Zvonimir Boban to put AC Milan "back where it used to be" after they were given key roles at the club.

Former Rossoneri captain Maldini was appointed technical director in June while Boban, who won four Serie A titles and the Champions League during his spell at Milan, is now their chief football officer.

Shevchenko, who played alongside Maldini and Boban at San Siro, is confident the pair can help turn Milan's fortunes around after a disappointing 2018-19 season in which the club finished fifth in Serie A, missing out on a place in the Champions League.

"Maldini and Boban will guarantee that the club mentality does not change," Shevchenko told Gazzetta dello Sport.

"They will do well. Paolo is growing as a manager.

"The expectations are high, but I believe that Paolo and 'Zvone' will bring Milan back where they used to be."

Marco Giampaolo was appointed head coach in June and Shevchenko has been impressed by the former Sampdoria and Empoli boss.

"Giampaolo is a coach who can achieve great results through play. He gives the impression he is prepared: I believe it was a good choice."

Shevchenko also has high hopes for striker Krzysztof Piatek, who scored nine goals in 18 Serie A appearances for the club in the second half of last season.

Piatek is set to wear the iconic number nine shirt, following on from such names as Filippo Inzaghi, Marco van Basten and George Weah, and Shevchenko said the Poland international is a worthy successor.

"The way he entered Milan, the naturalness, the important goals he scored, it was a great impact and now it is right that Kris also takes responsibility for such an important shirt," said Shevchenko.

"It's not just about wearing certain shirts. Milan's story itself is both beautiful and difficult to wear on the skin.

"This is demonstrated by the attachment of the fans: in recent times the results have not been the same, yet I have seen that at Milanello for the first day of training there were thousands of people."