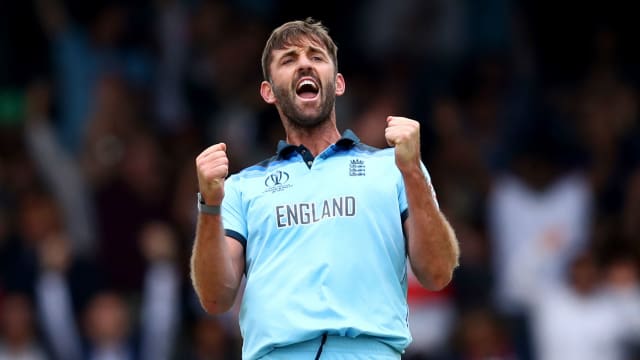 Plunkett took 3-42 and Woakes 3-37, restricting the Black Caps to 241-8 after Kane Willamson won the toss and opted to bat under grey skies following a slightly delayed start due to morning rain.

Henry Nicholls top scored with 55 and Tom Latham made 47 as England fielded superbly and bowled tightly, roared on by an expectant crowd as both sides bid to win the tournament for the first time.

Nicholls successfully reviewed after he was given out leg before to Woakes without scoring, but the same bowler saw the back of Martin Guptill in the seventh over.

Guptill, who cut Jofra Archer for six and drove the paceman for four in the same over, inexplicably reviewed when he was struck bang in front and was on his way for 19.

Left-hander Nicholls and a watchful Williamson ran positively in a stand of 74 to steady the ship before Plunkett got the big scalp of the New Zealand captain, a review showing he feathered behind to Jos Buttler for 30.

New Zealand finish on 241/8 - two more than they made against India in the semi-final!

Nicholls brought up his 50 from 71 balls but was on his way in the next over, playing on to a probing delivery from the excellent Plunkett as England put the squeeze on.

New Zealand were 141-4 when Ross Taylor was unfortunate be adjudged lbw by Marais Erasmus from a Mark Wood ball that was going over the top, with no review to save him.

Latham launched Wood into the leg side for six before he and Colin de Grandhomme were caught by substitute fielder James Vince off Woakes.