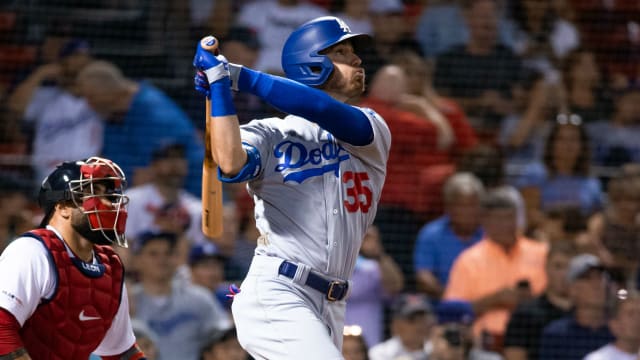 Bellinger made his own wishes come true by going two for four at the plate in Boston with two RBIs.

He also hit a home run, which tied him with Milwaukee Brewers' Christian Yelich for the most in the league this year at 31.

Justin Turner and Max Muncy each recorded three hits in five at-bats on the night and also hit one homer apiece.

Xander Bogaerts went two for three and had a home run in Boston's losing effort.

The Dodgers are now 61-33 and sit atop the National League West, while the Red Sox are third in the American League East.

Noah Syndergaard struck out nine batters in the New York Mets' 4-2 win against the Miami Marlins.

Matt Chapman went three for four and recorded an RBI and two runs as the Oakland Athletics demolished the Chicago White Sox 13-2.

Bryce Harper was hitless in four at-bats as the Philadelphia Phillies went down 4-3 to the Washington Nationals.

Jordan Lyles gave up seven earned runs in less than an inning as the Pittsburgh Pirates lost to the Chicago Cubs 10-4.

Miguel Cabrera was hitless in four at-bats in the Detroit Tigers' 4-1 defeat against the Kansas City Royals.

Buxton with the catch!

Minnesota Twins centrefielder Byron Buxton covered a lot of ground to make a stunning play in the team's 6-2 win over the Cleveland Indians.

Washington barely edged out Philadelphia at Citizens Bank Park on Saturday, with Harper's struggles particularly notable. The Phillies will be looking to bounce back in this rivalry.