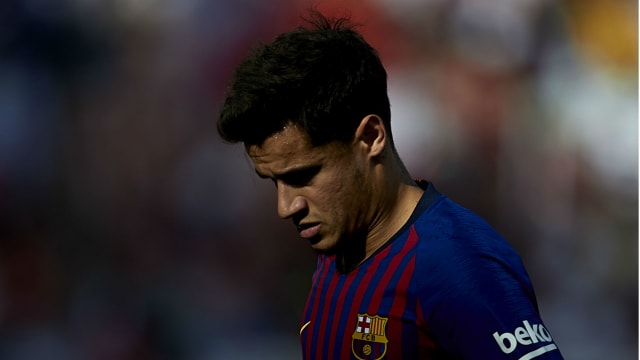 Philippe Coutinho's agent has accused Barcelona of lying about wanting to keep the forward and says the LaLiga champions are surreptitiously seeking to package him in a deal for Neymar.

However, Joorabchian claims the club's promises have not been consistent with their actions, and believes his client has been shown a lack of respect.

He feels Coutinho, who has struggled to make an impact in two seasons at Barca, is being used as a makeweight in the pursuit of Paris Saint-Germain star Neymar, who is unsettled in the French capital.

"The president [Bartomeu] was clear: he had no intention of selling the player, to any club," Joorabchian told RMC Sport.

"With that, and out of respect for Barcelona's decision to keep him, we chose not to look at the market for our player and we have not offered the player to other clubs.

"But I learned, and it's a fact, that [Barca adviser] Andre Cury is saying totally different things. Andre Cury is pushing for Coutinho to be included in the transfer for Neymar.

"As I said, Coutinho has no offer from any other clubs because we respected Barcelona's decision, but they do not respect the word they gave to us.

"We have been silent in this period, but it will not be allowed for Barcelona to lie about the player. They must tell the truth!

"And if they want Coutinho to leave, they have to say it. With the player, we will decide what is best for his future."

Coutinho will face fresh competition for a starting spot if he remains at Barca following the club's capture of Antoine Griezmann from Atletico Madrid on Friday.

Liverpool could offer an escape route as they reportedly consider bringing the 27-year-old back to Anfield, where he was jeered during the Champions League semi-finals in May.

"Liverpool lies very deeply in his heart," Joorabchian told Sky Sports. "He's a big fan of them. It would be very difficult for him to go to a direct competitor of Liverpool."