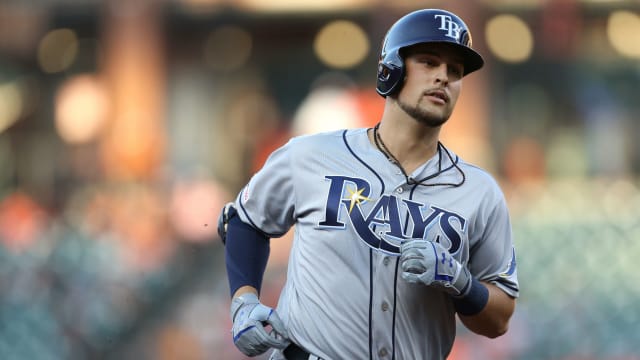 The Tampa Bay Rays are picking up steam after thrashing the Baltimore Orioles in MLB on Friday.

The Rays topped the Orioles 16-4 at Camden Yards in their third straight win.

Renato Nunez was a bright spot for the Orioles, as he went two for four, hit a home run and had two RBIs.

The Rays are now 6.5 games back of the American League (AL) East-leading New York Yankees, while the 27-63 Orioles are last in the division.

Chris Archer struck out 10 batters in six innings as the Pittsburgh Pirates fell to the Chicago Cubs 4-3.

Jarrod Dyson was hitless in four at-bats in the Arizona Diamondbacks' 4-2 victory over the St Louis Cardinals.

Evan Longoria went one for five as the San Francisco Giants took down the Milwaukee Brewers 10-7.

Lourdes Gurriel Jr. went 0 for four for the Toronto Blue Jays in their 4-0 loss to the Yankees.

Buster Posey helped pushed the Giants into the lead with a bomb.

These in-state rivals had a really close game on Friday, and it appears like Saturday could be another intense battle. Both sides hit well, but the Rangers were somehow able to overcome 13 strikeouts from Gerrit Cole. Houston still sit atop the AL West though.