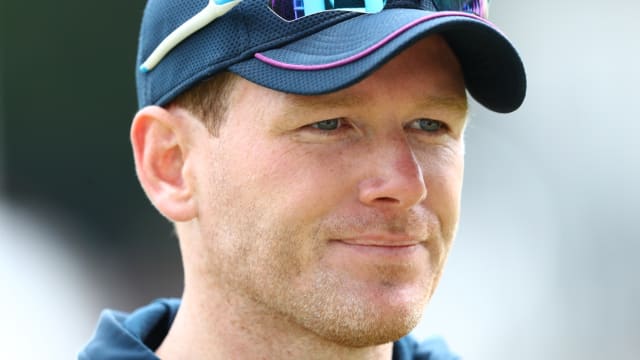 Eoin Morgan will not yet allow himself to dream of lifting the Cricket World Cup as he believes England must improve again if they are to beat New Zealand.

England have found form at the right time at this year's tournament, beating India, New Zealand and semi-final opponents Australia in succession to reach Sunday's final at Lord's.

But captain Morgan is wary of looking too far ahead on the eve of the match.

"I haven't allowed myself to think about lifting the trophy," he told a news conference.

"Cricket, and sport in particular, is very fickle. If you ever get ahead, it always seems to bite you in the backside."

And while England were outstanding against Australia in the last four, winning by eight wickets at Edgbaston, Morgan expects a huge test from the Black Caps.

"I think we will need to [improve]," he said. "New Zealand are an extremely tough side, with a lot of experience, a lot of skill.

This is your 24-hour warning!#ExpressYourself#WeAreEngland#CWC19pic.twitter.com/M44uig5vhP

"So we are striving to improve on our performance - no doubt they will."

England have at least found their flow with the three straight wins, with Morgan acknowledging the benefit of being left in a do-or-die position in the group stage.

"I think it has helped us because it lends itself to actually being more positive and aggressive and a bit smarter about how we play," he said.

"It's sort of been the last-chance saloon since Durham [against New Zealand], which has been nice in a way."