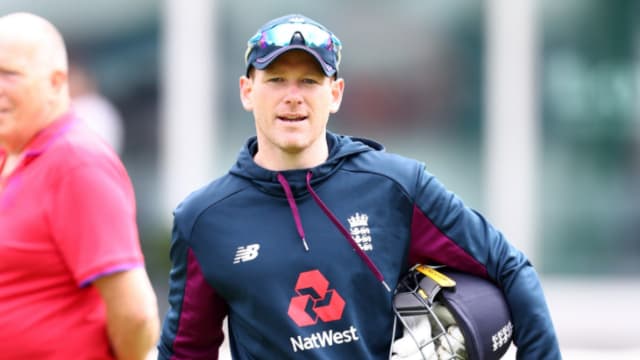 Eoin Morgan confirmed England have a clean bill of health going into the Cricket World Cup final against New Zealand and says his players are "relaxed and excited" ahead of Sunday.

Hosts England thrashed Australia at Edgbaston on Thursday to book their place in the Lord's final, although star opener Jonny Bairstow was a slight fitness concern after he appeared to tweak his groin running.

Captain Morgan described the issue as "not very concerning" after the Australia match and he was able to bring a positive update on the eve of the showpiece fixture.

"Yeah, everybody is fit, so that's good news," he told a news conference.

With their strongest XI available, Morgan says the team are in high spirits and will not shy away from the excitement of a World Cup final.

"I feel pretty relaxed. It's nice to be home. I'm also very excited about tomorrow," he said. "We're going to enjoy the game regardless.

"We're going to take in as much as we can - it's a World Cup final, we're not going to shy away from that. As long as it doesn't affect performance, we're going to try to take it in."

And having put in the hard work and felt the support of the fans, Morgan is now hoping both England and the Black Caps can put on a show.

"It means a huge amount to me and everybody in the changing room," he said. "It's a culmination of four years of hard work, dedicated and a lot of planning. It presents a huge opportunity to go and try to win a World Cup.

"From everybody around the country, the support we've had throughout has been unquestionable. As a team, it makes you feel incredibly lucky to be part of a team that has that sort of support.

"It presents another opportunity for both teams and the ICC to sell the game on a huge platform. It's two very strong sides, who hopefully produce a really good game of cricket.

"It's on terrestrial television around the country and various outlets online, it presents a huge opportunity for us to sell this great game."