Anybody can beat anybody regardless of breed of dog - Williamson 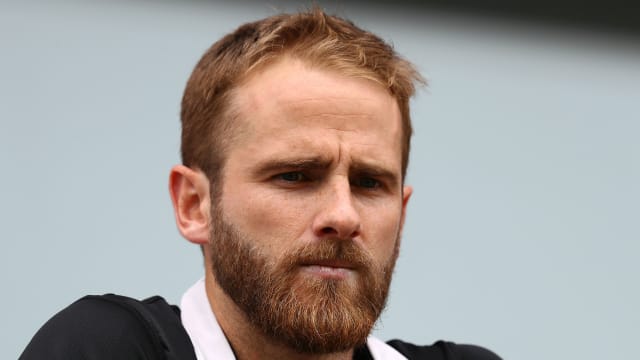 Kane Williamson is not concerned about New Zealand being underdogs for Sunday's Cricket World Cup final against tournament hosts England.

Both teams are bidding to win the tournament for the first time in their history, New Zealand having been beaten in the final by trans-Tasman rivals Australia four years ago.

England entered the World Cup among the favourites having risen to the top of the ODI team rankings, but Williamson is backing his side to pull off an upset on Sunday.

"I think England, rightly so, deserve to be favourites," Williamson told a news conference when asked if his team are underdogs. "Coming into this tournament from the start, they were favourites and they've been playing really good cricket.

"But whatever dog we are, it's just important that we focus on the cricket that we want to play and we have seen over the years that anybody can beat anybody regardless of breed of dog.

"We are really looking forward to the occasion and, like I say, the end point and the result, there's a lot of time between now and that point.

Six of New Zealand's #CWC19 squad were in the @BLACKCAPS side that lost the 2015 World Cup final to Australia.

New Zealand are yet to pass 300 with the bat at this World Cup, with Williamson expecting a low-scoring contest at Lord's.

"I think turning up, most teams having played here before expected scores to be a lot higher than what we have seen," Williamson added.

"But the reality of it is that they have been quite tough surfaces and there's been surfaces that have aged throughout perhaps a match on one day, so trying to make those adjustments are really important and I think if you are focusing on what you need to do as a group and the cricket that you want to play, then making those adjustments like in the last game.

"I think both sides looked at the surface, thought it was a really good one, and thought perhaps 300 and something was what was going to be at play, but after 15 overs or so, having conversations thinking, 'This is really quite difficult and 300 looks like a long, long way away' so if we are able to perhaps achieve something a little bit more realistic on that surface, then that gives you every chance to win the matches.

"And we have done it on a number of occasions but we will have to be good at doing that tomorrow and surfaces at times have been hard to read, especially with the pre-emptive ideas what most teams come into the World Cup with, which is very high scoring and tough work for the bowlers. Bowlers have, I think, enjoyed themselves a little bit.

"So, yeah, tomorrow is a new challenge for each occasion where we will need to make those adjustments quickly."