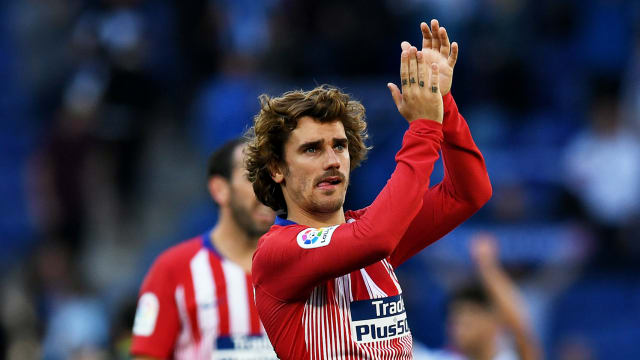 Griezmann has been tipped to join Barca after notifying Atletico Madrid of his desire to leave following five years in the Spanish capital.

And after months of speculation, a big-money transfer to LaLiga's champions is looming large.

Tensions between the two LaLiga clubs have been high after Atletico claimed Barca and Griezmann secretly negotiated a transfer in February.

Griezmann has been available for €120m since his release clause dropped from €200m on July 1.

While Barca and Atletico have reportedly denied the sum has been paid, the French World Cup winner seems destined for Camp Nou.

- Roma will sign Atalanta defender Gianluca Mancini instead of Tottenham's Toby Alderweireld, according to Gianluca Di Marzio. After losing Kostas Manolas to Serie A rivals Napoli, Roma identified Alderweireld due to his £25m release clause, which lasts until August. However, his contract demands have reportedly proved excessive.

- According to L'Equipe, Paris Saint-Germain have relaunched their bid to sign Everton midfielder Idrissa Gueye. PSG wanted to sign Gueye in January, but they were unsuccessful.

- Inter will look to sign Eintracht Frankfurt forward Ante Rebic if they are unable to prise Romelu Lukaku from Manchester United, per Gianluca Di Marzio.

- Manchester United have been quoted £50m to sign Newcastle United's Sean Longstaff, The Telegraph reports. Ole Gunnar Solskjaer is determined to bolster his midfield, having lost Ander Herrera and amid doubts over futures of Paul Pogba and Nemanja Matic. The Red Devils are also said to be confident a compromise can be reached with Leicester City over centre-back Harry Maguire, who is valued at £90m by the Foxes.

- After missing out on Maxi Gomez to Valencia and losing Marko Arnautovic to the Chinese Super League, The Sun says West Ham will turn to Colombia forward Duvan Zapata – who spent last season on loan at Atalanta from Sampdoria – in a £40m deal.