Griezmann to Barcelona: Another saga to take the shine off 'Mes que un club' 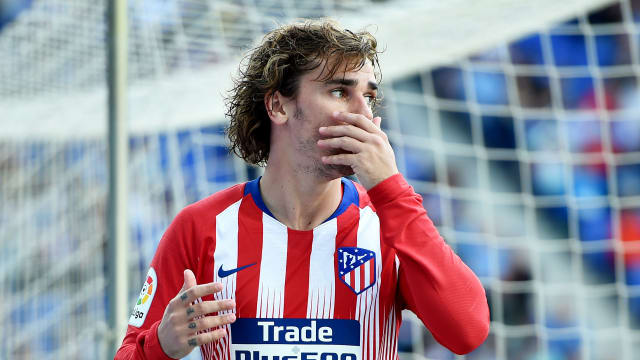 Antoine Griezmann's €120million switch from Atletico Madrid is every inch the modern Barcelona blockbuster transfer – something that does the player and the club no credit at all.

A week ago, like clockwork, Atleti's statement arrived, expressing "the strongest disapproval of the behaviour of both [parties], especially FC Barcelona" as they accused LaLiga's champions of reaching terms with their most-prized forward in March.

The next part of the dance followed last Sunday, when Griezmann somewhat inevitably failed to turn up for training with Atletico. His no-show was very much in keeping with that of fellow France international Ousmane Dembele, who was suspended for going AWOL at Borussia Dortmund before joining Barca for €105m in August 2017.

During the same month, Philippe Coutinho was out of action with Liverpool, purportedly due to a back problem that did not prevent him from playing for Brazil at the start of the following September. It came to look more like a crude attempt to force the €160m move to Barcelona that arrived in January 2018.

Like Dembele and Coutinho, Griezmann is in part Barcelona's latest attempt to fill the void left by Neymar – an endeavour so fruitless the club appear to have concluded there is only one effective remedy.

The Brazilian superstar is reportedly ready to cut his reputational losses at Paris Saint-Germain and return to Catalonia. Of course, he didn't turn up for training this week.

Neymar's earth-shaking exit to PSG two years ago has not only defined who Barcelona's targets must be, but also how they must be sought. If Josep Maria Bartomeu and his board felt bullied by the Ligue 1 giants brazenly meeting the forward's €222m release clause, their response has been to become the biggest bullies in the playground.

Perhaps it is a coincidence that Barcelona's three most-expensive signings in their history have all effectively gone on strike to engineer a move, but there is a point at which it starts to look like an established plank of transfer policy and a grubby one at that.

It certainly jars with Barca's 'Mes que un club' ideals and its inference of some sort of higher moral standard. In fact, the present direction of travel is more in tune with peak-Galacticos era Real Madrid.

Of course, all transfer manoeuvrings stand and fall by results on the field. Over the past two seasons, form and fitness respectively have contributed towards Dembele and Coutinho failing. It mattered little in LaLiga, where Ernesto Valverde's cool-headed pragmatism brought back-to-back titles.

But in the Champions League there have been collapses of crushing humiliation at Roma and Liverpool. Griezmann's job will be to guide Lionel Messi to a fifth title in Europe's premier competition when the waters become choppy, many of his new team-mates having shown themselves to be incapable of manning the life rafts.

A starring role in France's 2018 World Cup triumph, having steered Atleti to Europa League glory in the same year, displayed he undoubtedly has the pedigree to do so. An effortlessly stylish footballer, Griezmann's inner steel harnessed in his years under Diego Simeone also should not be underestimated. He should lift a Barca that downed tools at the Stadio Olimpico and Anfield.

On the other hand, the 28-year-old's fondness for starring in his own documentaries hints at a soon-to-be untamed ego that could come into conflict with Valverde, establishing further common ground with Dembele alongside playing Fortnite and setting your own training schedule.

It will be fascinating to see how Griezmann's move to Camp Nou plays out and football to dazzle and delight will follow if things click. If they don't, the conduct of player and club mean plenty will be ready to delight in the failure.