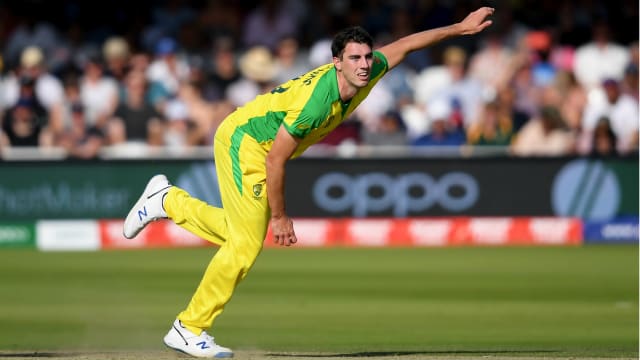 Pat Cummins cannot wait to return to Edgbaston and believes Australia will want revenge in the Ashes opener after their Cricket World Cup exit at England's hands.

Australia had to stomach a semi-final defeat to their oldest rivals on Thursday, when rampant England clinched an eight-wicket success with 17.5 overs in hand.

But the teams will return to the Birmingham ground for the first Test of their five-match Ashes series, with the August 1 start giving Australia an immediate focus as they cope with ODI frustration.

England were beaten 2-1 by West Indies in their last Test series, in the Caribbean at the start of the year, and Cummins suggested Joe Root's five-day side are not the same proven force as Eoin Morgan's limited-overs team.

"They've got a couple of players but it's a pretty new team, their red-ball side," Cummins said, before returning to his theme of wanting to do better next time at Edgbaston.

"I don't need too much extra fuel, but it gives us a little more."

"All in all, we were totally outplayed to be honest all throughout the day." #AUSvENG#CWC19pic.twitter.com/PabTcjMZJX

Cummins said Australia's disappointment would be tempered by their improvement as an ODI side in the past year.

"It's annoying and I'm peeved off at the moment," he said, before stressing he was "pretty proud of where we've come from".

"Last 12 months, if you told us we were going to be in a semi-final and come second in the group stage we'd have been really happy. In the knockout stages it happens, you get beaten by the better team on the day.

"I think we were always chasing that perfect game, but it just didn't come. We probably needed it out there [on Thursday].

"We managed to win games without playing the perfect game the whole way through."