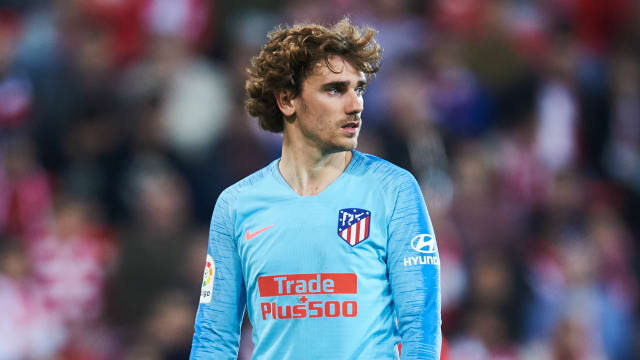 Enrique Cerezo claimed Atletico Madrid have evidence Barcelona had agreed to terms with Antoine Griezmann before his release clause dropped to €120million.

Barca confirmed the signing of Griezmann on Friday on a five-year deal after a solicitor representing the forward deposited money for his buy-out clause at LaLiga headquarters in Madrid.

However, Atletico believe the France international agreed to terms with Barca before his clause dropped from €200m on July 1 and therefore claim they are owed an additional €80m to ratify the transfer, they said in a statement.

Cerezo, the club president, said the LaLiga outfit had proof and planned to request a greater fee.

"If the club have made this statement it's because there's evidence," he told RAC1.

"We have to study it and we'll demand the amount we consider to be necessary."

Life is all about second chances. pic.twitter.com/5ArFiaP2ht

Barca, who reportedly plan to present Griezmann at Camp Nou on Sunday, have yet to respond to Atletico's claims.

Cerezo also hit out at Griezmann, who confirmed in May he would be leaving Atletico.

"I'm disappointed by his attitude," he said.

"He wanted to leave, but he didn't tell us until the last minute."