Vettel may be 'frustrated and vulnerable' at Ferrari - Ricciardo 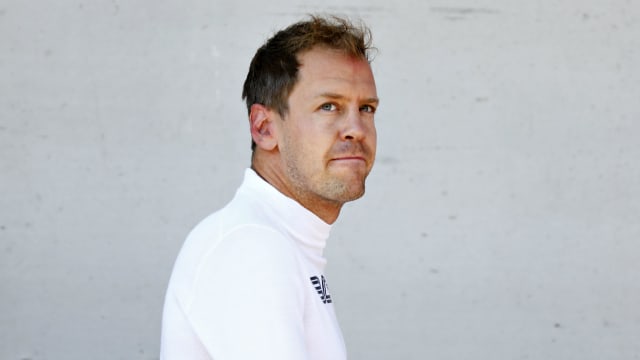 Daniel Ricciardo thinks Ferrari driver Sebastian Vettel may be feeling "frustrated and vulnerable", like the Australian did before he left Red Bull.

Speculation over Vettel's future has been rife during a frustrating season for the Scuderia, with reports in June claiming the four-time world champion was considering retiring at the end of 2019.

The German brushed those rumours off but he has been unable to shake a winless streak that now stands at 17 races - his worst such run in Formula One - as Mercedes' dominance has continued largely unchecked.

Asked about his former Red Bull team-mate's situation at Ferrari, Ricciardo told Corriere della Sera: "Maybe he's experiencing something like what I felt a year ago: frustrated and vulnerable.

"But he is still a fast driver and can always win a title. The only doubt is does he still know how to keep up top form across an entire season."

Teammates
Tag a friend who would be your perfect teammate #essereFerraripic.twitter.com/FncV3rpE4C

Ricciardo has endured a tough start to life at Renault – where he signed a two-year contract – following his switch from Red Bull ahead of the 2019 season, finishing in the points just three times.

Asked if he was planning to extend his stay, the 30-year-old said: "Right now the answer is no, but not because of a lack of confidence in Renault. I want to wait for the second part of the season.

"I would like the team to be fighting with McLaren for fourth place in the constructors' championship.

"I had no illusions [about Renault's situation]. You don't win overnight. I wanted to leave Red Bull and get out of my comfort zone, even if it meant taking risks."