Hamilton won't stay in F1 after he stops racing 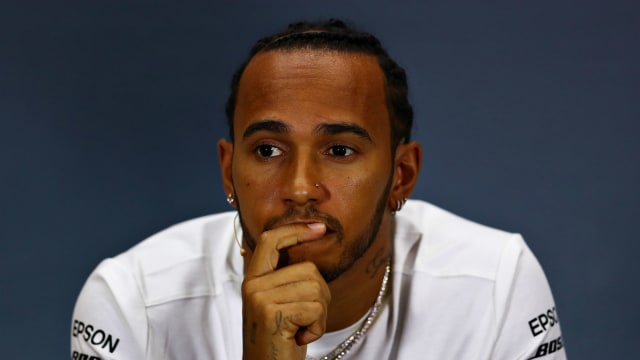 Lewis Hamilton does not anticipate remaining in Formula One after he gives up driving.

Mercedes star Hamilton has won five titles since entering the sport as a 22-year-old in 2007, when he finished just one point behind champion Kimi Raikkonen in the standings.

It was announced on Wednesday that the British Grand Prix will remain at Silverstone for at least the next five years.

Asked if he still envisaged being in F1 at the end of that contract, Hamilton said: "2024 feels like a long way away. Who knows whether I'll still be here by then. But if I stop racing I won't be here in any other capacity."

The 33-year-old could become the first man to win the British Grand Prix on six separate occasions this weekend, a record that has stood since Jim Clark's fifth victory in 1967 and subsequently matched by Alain Prost.

But that first one, in 2008, will always be special to @LewisHamilton #F1 #BritishGP 🇬🇧 pic.twitter.com/ow9bcD8xaA

Hamilton plans to put that to the back of his mind and focus on an improved performance after overheating issues with his Mercedes forced him to settle for fifth in Austria last time out, though he acknowledged it is an "unreal" situation to be in.

"Well you know me, I'm not really one for records. But if it happens this weekend it does, if it doesn't it's no biggie for me, as I'm going to try to be here for a little bit longer," said Hamilton.

"But the fact it's even a possibility is quite unreal for me. I think it's important to put that stuff out of your head and focus on the job at hand.

"It's not going to be an easy weekend for us so it's really just about being diligent, making sure we've left no stone unturned. This has been a strong track for us in the past so hopefully this weekend it'll be a sweet spot for us."

Max Verstappen took advantage of the Silver Arrows' issues at Spielberg to become the first non-Mercedes driver to win a race this season.

It was an incredible race and an amazing win! Thank you @redbullracing , thank you @HondaRacingF1 , thank you fans, thank you all! #KeepPushing #OrangeArmy #AustrianGP pic.twitter.com/6NtIdGd25d

Red Bull team principal Christian Horner raised eyebrows when he said he would "absolutely back" Verstappen were the Dutchman to race Hamilton in the same machinery, something the Briton was unwilling to discuss.

"Well firstly I don't compare myself to anybody, I don't need to. I don't really have a response to his claims. Ultimately every now and then someone needs a certain attention," said Hamilton.

"I think Max has been doing a great job and is really, really exciting to watch. I think the last race was really fantastic and it will be really interesting to see how they go moving forwards."