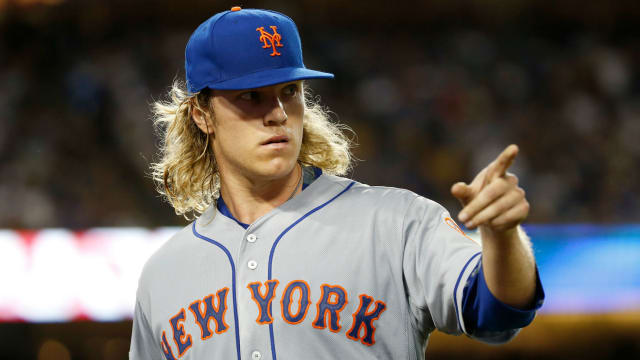 MLB eased into the second half of the season as the Texas Rangers shut out the Houston Astros 5-0 in the lone game of the day.

The second half begins about a week earlier than normal this year as the All-Star break was moved up this season, so there is still plenty of baseball left to be played.

With a lot of baseball comes a lot of storylines and we put together five for you to watch in the second half of the campaign.

Will the Indians catch the Twins

It seems like an odd question to ask, especially considering how good the Minnesota Twins have been in the first half of the season and how seemingly mediocre the Cleveland Indians have been, but the storyline has flipped on its head as of late. The Indians sit five-and-a-half games back of Minnesota for top spot in the American League Central as of Thursday.

That may seem like a big lead but considering the fact the Twins led the division by more than 10 games at several points this term, that is a dangerous and a gettable number for the Indians. And, Cleveland are close to getting Corey Kluber back, Mike Clevinger is returning to form and Trevor Bauer has been more consistent of late. If Jose Ramirez figures it out, that may be all the Indians need to take this division back.

Who will win the wild-card race in the American League?

Unlike in the National League, this race matters. Any of the main teams fighting over the two wild-card spots in the American League (Tampa Bay Rays, Oakland Athletics, Indians, Boston Red Sox and Rangers) could win the World Series. OK, the Rangers are a bit of a stretch, but with that line-up and Lance Lynn and Mike Minor atop that rotation, they could certainly win a playoff series.

But in all honesty, while the Los Angeles Dodgers boast the best record in baseball, the argument could be made the next six best teams are in the AL. The Yankees are awesome, the Astros are great, the Indians still have a great rotation, the A's are pesky, the Rays horrify everyone and the Red Sox are the defending champions. The AL's best are great this year, and you can bet the current division leaders are watching the wild-card race closely to see who reaches the playoffs.

Can any team keep the Dodgers from getting to the World Series?

While the Dodgers' record could be dissected a bit (they are 23-20 on the road, Hyun-Jin Ryu is out pitching his peripherals, Clayton Kershaw is not the Cy Young winner of old and the bullpen is suspect) they are the best team in the NL. There is little disputing that.

And, apart from Los Angeles, the rest of the National League is wallowing in mediocrity as only the Atlanta Braves have more than 50 wins (there are six in the AL) and after that the next best team is five games over .500 (Nationals, 47-42). There is not exactly a lot of teams that suggest they could keep the Dodgers from getting back to the World Series for the third year in a row. Maybe the Braves could do it, but they have had to demote one of last year's All-Stars in Mike Foltynewicz and they are awfully young across the board.

There are very few teams who look like they can beat the Dodgers right now, and if we were betting, we would not put money on any of them to get past Los Angeles.

How many more home runs will Verlander give up?

Justin Verlander has been fantastic for the Astros this season holding opponents to a .168 batting average against (a career best) while allowing just 107 batters to reach base in 126.6 innings pitched.

But, the Cy Young winner has been destroyed by the long ball this year. Of the 76 hits he has allowed this season, 26 have been home runs. That is four shy of the most he has ever allowed in his career in a single season. He complained that MLB has been changing the ball to force more offense into the game this season and the homer is clearly on his mind.

Will he adjust in the second half and limit the long ball? We will find out.

Will the Mets sell?

The New York Mets are once again in an odd position of limbo as they are seven games back of the second wild-card spot, still seemingly have a solid roster that could go on a run and not a very good farm system. All of that puts them in a weird "do we sell or do we not?" position they seem to be in every year. But if the Mets do decide to sell, and we mean seriously sell, that could have an impact on the playoff races across the board.

The main factor here is Noah Syndergaard. If the Mets decide to trade him, he is instantly the best pitcher available on the market. Yes, he has not been good this season and might not be the player he was when he pitched in the World Series, but not a single pitcher has his talent and stuff and with his two years of control and ripe young age of 26, he is a highly valuable commodity. Whoever acquire him have an instant jolt to their roster. Again, if they decide to move him.

This is a big if. The Mets could very well decide to hold onto Syndergaard and they could hold onto Zack Wheeler, as well, if they so please. But if New York trade either player — or even more seriously, they trade both — the playoff race will be impacted, like Verlander to the Astros in 2017 when he helped them in their first World Series. So, this is something that has to be watched down the stretch.