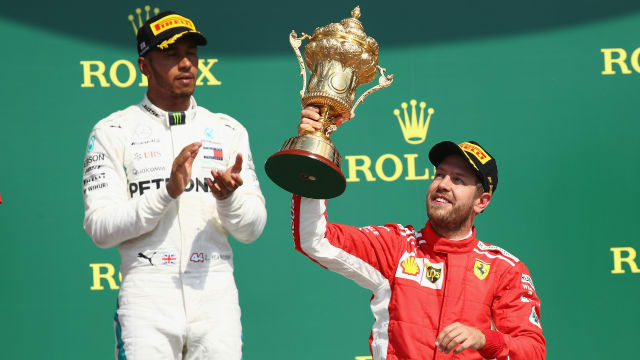 Lewis Hamilton has more history in his sights as he attempts to return to the top step of the podium at the British Grand Prix weekend.

Fans of one of Formula One's most historic races were celebrating a new deal for the event being agreed with Silverstone on Wednesday, and Hamilton will be aiming to delight the home supporters.

Mercedes failed to earn a race win for the first this season last time out in Austria, where Max Verstappen defeated Ferrari's Charles Leclerc, a result that stood after a stewards' review.

Leclerc's team-mate Sebastian Vettel will be out to end an ever-increasing winless run by backing up his triumph at Silverstone a year ago,  while Ferrari can achieve a points milestone.

Below we take a look at the best Opta numbers ahead of Sunday's race.

But that first one, in 2008, will always be special to @LewisHamilton#F1#BritishGP  pic.twitter.com/ow9bcD8xaA

6 - Hamilton is aiming for a sixth victory at the British GP. He currently holds the joint record for most wins with Jim Clark and Alain Prost.

6 & 5 - The defending world champion's six poles at Silverstone is a record. He has the chance for a fifth straight pole, which would also be more than any other driver in the race.

17 - Vettel has gone 17 races without a win, his worst such run in F1 since his maiden victory.

2 - Verstappen is aiming to win back-to-back races for the first time in his F1 career.