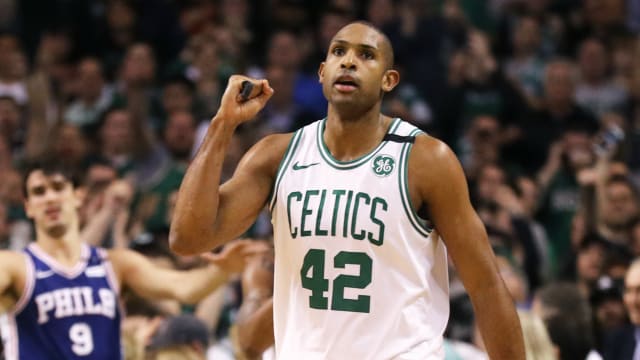 Al Horford has signed for the Philadelphia 76ers, who also officially confirmed Tobias Harris will be remaining with the franchise.

Veteran center Horford has reportedly inked a four-year deal worth $109million after declining his $30.1m player option with the Boston Celtics last month.

Horford was originally expected to return to the team on a three-year deal before negotiations fell apart.

"We're excited to welcome one of the NBA's best frontcourt players in Al Horford to Philadelphia," Sixers general manager Elton Brand said in a statement.

"He has built his reputation around hard work and a tradition of winning, which are the same qualities that have formed the foundation of the 76ers.

"Al's playmaking, elite defensive talents and veteran leadership confirm why he is a crucial addition to our roster.

"We have gained a championship-level team-mate that will not only complement our current make-up but will help grow our young core as we strive for the highest level of success."

In further good news for the 76ers, Harris is staying in Philadelphia. His agent and father, Torrel, told The Athletic he has signed a five-year, $180m contract.

Philadelphia acquired Harris from the Los Angeles Clippers at the trade deadline earlier this year. He averaged 18.2 points and 7.9 rebounds in 27 regular-season games with the 76ers.

Harris has bounced around the NBA and has played for five teams in eight seasons, averaging 15.4 points per game while shooting 36.4 per cent from three-point range in 546 career appearances.

"Signing Tobias and solidifying him as a foundational piece of our core for years to come was a top priority for our organisation this summer," Brand said.

"His impact in our city extends far beyond his elite talents on the floor. He has ingrained himself in the community and established himself as a leader and driver of positive change.

"Tobias is a fierce competitor with a tireless work ethic and embodies all of the qualities of a franchise cornerstone. I couldn't be happier to welcome Tobias and his entire family back to the 76ers and we all look forward to continuing our quest to win a championship for this city and our amazing fans.”