76ers 'are going to walk to the Finals in the East', says Ennis 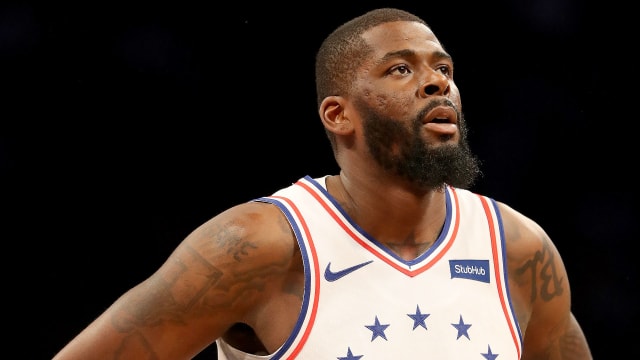 James Ennis is confident in the Philadelphia 76ers heading into the 2019-20 NBA season.

The 29-year-old wing was a free agent and re-signed with Philadelphia on a two-year deal reportedly worth $4.1million.

Ennis said he had better offers elsewhere but chose to return because he wanted a chance to win a championship.

"It's a good team, and a good chance of winning," Ennis told the Philadelphia Inquirer.

"The East is going to be wide open. We had a good chance last year. Kawhi [Leonard] is gone. He went to the [Los Angeles Clippers in the] West. So, we are going to walk to the Finals in the East."

The 76ers finished the season with a 51-31 record and advanced to the second round of the playoffs, where they fell to Leonard's Raptors.

Leonard pushed Toronto past Philadelphia when he hit a crazy bouncing buzzer-beater in the fourth quarter of Game 7. The Raptors went on to win their first championship in franchise history.

The 76ers lost wing Jimmy Butler in a sign-and-trade with the Miami Heat, however, they brought back Tobias Harris on a five-year, $180m contract. They also signed forward Al Horford to a four-year deal.

"[Horford] has built his reputation around hard work and a tradition of winning, which are the same qualities that have formed the foundation of the 76ers," general manager Elton Brand said in a statement.

"Al's playmaking, elite defensive talents and veteran leadership confirm why he is a crucial addition to our roster.

"We have gained a championship-level team-mate that will not only complement our current makeup but will help grow our young core as we strive for the highest level of success."

The Milwaukee Bucks led the East and registered an NBA-best 60-22 record in 2018-19. They fell to the Raptors in the conference finals.

Ennis was sent from the Houston Rockets to the 76ers before the trade deadline. He averaged 5.3 points and 3.6 rebounds while shooting 30.6 per cent from three-point range in 18 regular-season games with Philadelphia.