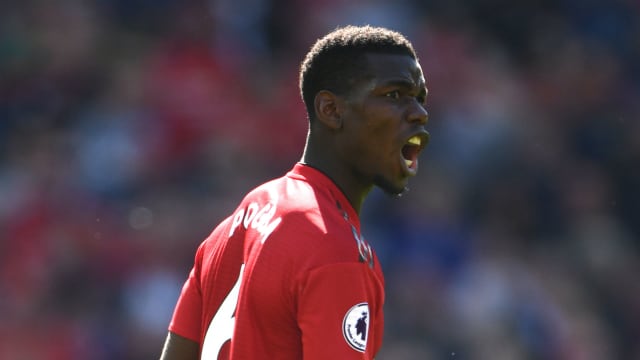 Real Madrid want Paul Pogba and the LaLiga giants are confident the Manchester United midfielder would reject a possible return to Juventus.

Pogba, 26, is set to leave Old Trafford this close season, just three years after returning to the Premier League club from Juve.

The France international is heavily linked with a move to Madrid, but the Serie A champions are also reportedly interested.

Real Madrid feel Pogba will opt against a return to Juventus even if the chance presented itself, according to the Daily Mail.

The report says Pogba wants to play for compatriot and Madrid coach Zinedine Zidane and experience a new league.

Pogba has travelled with United for their pre-season tour, but his agent recently said the midfielder wants an exit.

- Madrid are set to raise some funds by selling James Rodriguez to Napoli. Marca report Napoli sporting director Cristiano Giuntoli is in Madrid with James' agent, with the LaLiga side wanting €42million for the playmaker. Napoli, meanwhile, want an option to buy later.

- Mauro Icardi is unwanted at Inter, with Napoli and Juventus linked with the forward. Corriere dello Sport report Juve president Andrea Agnelli was meeting with agent Gabriele Giuffrida, who could be the intermediary for negotiations between the Serie A champions and Inter.

- Manchester United appear to be searching for a midfielder this close season and they are linked with a surprise move for Tiemoue Bakayoko. RMC Sport say United have made contact with Chelsea about Bakayoko, back at Stamford Bridge after a loan spell at AC Milan, while Paris Saint-Germain are also chasing the French midfielder.

- Juventus are willing to sell Joao Cancelo. According to Corriere Torino, Maurizio Sarri has approved the sale of the full-back, who has been linked to Manchester City and Bayern Munich.

- Everton are looking to strengthen with the addition of a forward. Sport report the Premier League club are willing to offer £31.4m (€35m) for Barcelona forward Malcom, who has also attracted interest from Arsenal. Meanwhile, La Gazzetta dello Sport say Everton had a £26.9m (€30m) offer for teenage Juventus forward Moise Kean turned down.