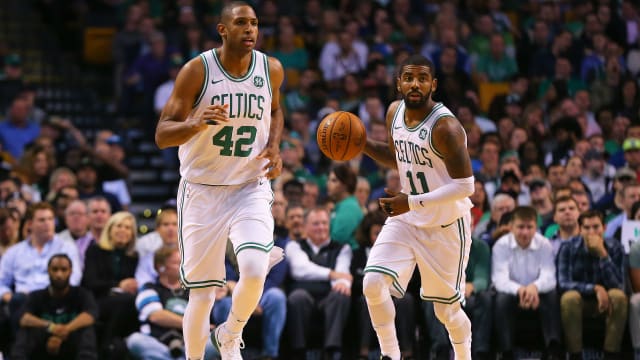 Celtics coach Brad Stevens said he expected the changes at Boston after their 2018-19 NBA season.

Boston lost star guard Kyrie Irving, along with forward Al Horford, in free agency, but acquired Kemba Walker in a sign-and-trade with the Charlotte Hornets.

Stevens addressed the team's recent moves when he met with reporters on Tuesday.

"Anytime you go through a year like we went through, where you don't necessarily meet expectations, there's probably going to be some change," Stevens said, via The Boston Globe.

Irving, who ended up signing with the Brooklyn Nets, had a rough stint in Boston.

He was reportedly unhappy and had issues with team-mates as well as the coaching staff.

"I don't know if there's anything anyone individually necessarily feels like they should have done or could have done [to keep Irving]," Stevens said.

"That's part of free agency. You can go where you want at the end of the day. I enjoyed Kyrie. I like Kyrie, and I wish him nothing but health and success. I don't fault him one bit for choosing to follow whatever he wants to do. That's his right."

Horford was a vital member of the Celtics' rotation last season. He declined his $30.1million player option with Boston last month and was originally expected to return to the team on a three-year deal. But, the sides were reportedly far apart on a new contract and negotiations fell apart.

The 33-year-old then went on to ink a four-year contract, reportedly worth up to $109m, with the Philadelphia 76ers.

"We loved Al, we wanted him back," Stevens said. "Again, it's his choice. He can go do what he wants to do and there's a lot of factors that end up helping these guys make those decisions. But he's a heck of a player and did a great job here in the three years he was here."

Walker, meanwhile, has been an All-Star in each of the past three seasons and was named to the All-NBA third team in 2018-19.

.@KembaWalker, Let's Do This pic.twitter.com/wJo8InbX3c

"[Walker] is a great player," Stevens said. "And he's been able to continue to get better and better and better as his career has gone on. He's made himself into an excellent shooter, he's great off pick and rolls, he's got incredible speed, can see the game, can read the game. He's an awfully good player, and we're excited he decided to come to Boston."

The Celtics entered the season as the favourites to win the East but finished with a 49-33 record and were eliminated by the Milwaukee Bucks in five games in the conference semi-finals.

Boston also brought in center Enes Kanter while Marcus Morris is reportedly reconsidering his commitment to the San Antonio Spurs and may end up landing with the New York Knicks.