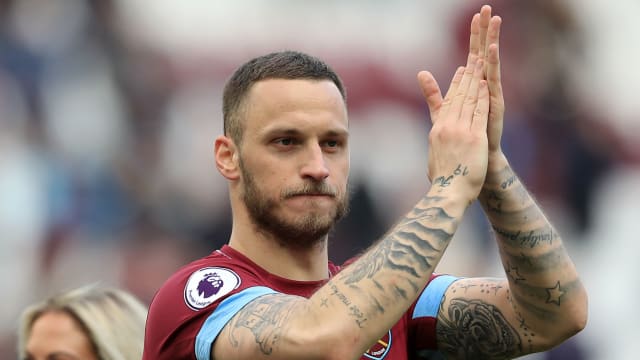 Marko Arnautovic has completed a move from West Ham to Chinese Super League side Shanghai SIPG.

Arnautovic handed in a transfer request at London Stadium in January, but agreed to stay at West Ham, signing a new five-year deal.

The fee to take him to Shanghai is rumoured to be £22million, with Arnautovic linking up with Hulk and former Chelsea playmaker Oscar at SIPG.

"The 30-year-old Austrian departs after two seasons at London Stadium, during which he scored 22 goals in 65 appearances in claret and blue."

31 - Marko Arnautovic has been directly involved in 31 Premier League goals for West Ham (21 goals, 10 assists); 15 more than any other West Ham player since his debut for the club in August 2017. Bubbling. pic.twitter.com/pHsSdE17Ta

Arnautovic joined West Ham from Stoke in 2017, scoring 11 Premier League goals in his first season at the club before netting 10 more in the top flight last term.

Manuel Pellegrini's side must now look to bring in a replacement for the striker, with Andy Carroll and Lucas Perez having already left the club.

They have been linked with a £45m move for Maxi Gomez from Celta Vigo.