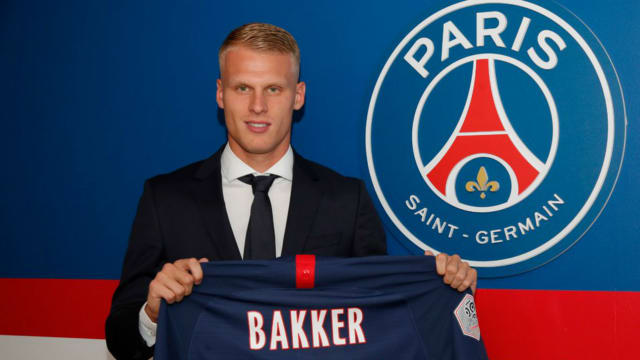 Paris Saint-Germain's recruitment drive has continued with the signing of Dutch defender Mitchel Bakker from Ajax on a free transfer.

Bakker, 19, has put pen to paper on a four-year contract at Parc des Princes to become the Ligue 1 side's fourth new arrival in less than a week.

Netherlands Under-19 international Bakker made two first-team appearances for Eredivisie champions Ajax, both during the KNVB Beker in 2018.

The left-back was named on the bench for a pair of Champions League matches last term as Erik ten Hag's team went on to reach the semi-finals.

PSG's pre-season schedule begins with a friendly away to German outfit Dynamo Dresden on July 16.