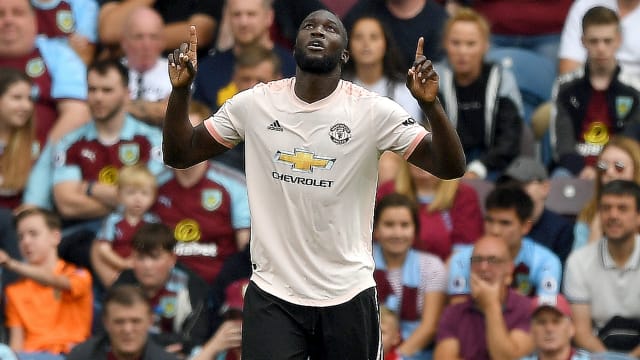 Romelu Lukaku has been strongly linked with Inter, but it appears Juventus are also interested in the Manchester United striker.

Lukaku, 26, looks set to leave Old Trafford this close season, having struggled to have the same impact at United as he did at Everton.

Inter seemed set to be the Belgium international's most likely destination, but Juve are interested, or likely at least driving up the price for their rivals.

According to Sky Sport Italia, Juventus have approached Manchester United about Lukaku.

Such a move would be a blow to Inter, who looked favourites to sign Lukaku, with an exit seemingly looming for Mauro Icardi.

Gianluca Di Marzio reports there is uncertainty over how serious Juventus are about a move for Lukaku.

- Juventus are also linked with Icardi, who is a reported target for Napoli. La Gazzetta dello Sport report Napoli are ready to offer €60million for the forward.

- Atletico Madrid are ready to complete a deal for Alvaro Morata. The forward joined the LaLiga club in January on an 18-month loan deal from Chelsea, but Atletico are reported to have a purchase option. Sport say they are ready to pay €55m (£49.3m) for Morata, potentially as soon as this close season.

- Arsenal need to strengthen but it seems any movement from the Emirates Stadium is happening slowly. AS report the Premier League club are in negotiations with Real Madrid over Lucas Vazquez, prepared to pay £31.4m (€35m) for the attacker. Arsenal may finally find an exit for Mesut Ozil, with TRT Spor reporting Turkish giants Fenerbahce could take the playmaker on loan.

- Staying in London, Tottenham could be set to sign Real Madrid's Dani Ceballos on loan. AS report Spurs boss Mauricio Pochettino spoke to Ceballos about a move, and Sport say any deal would be a one-year loan agreement as the 22-year-old is eager to prove himself at the Santiago Bernabeu.

- Spurs are also reportedly interested in Real Madrid's Mariano. Tottenham have enquired about Mariano, according to AS, while Roma are also interested in the 25-year-old forward.

- Forget Manchester United and Tottenham, Youri Tielemans has chosen Leicester City. Having spent the second half of last season on loan at Leicester from Monaco, Tielemans is close to finalising a permanent move to the King Power Stadium, according to The Sun.