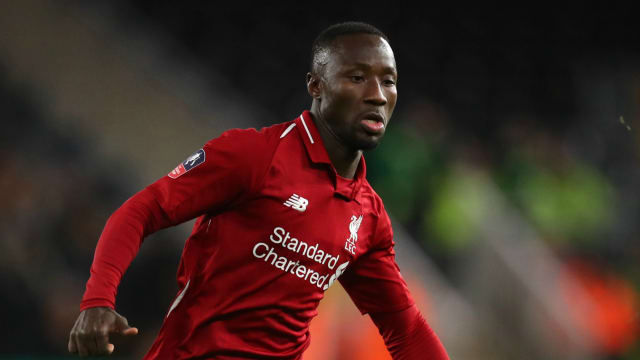 Liverpool expect Naby Keita to recover from an adductor strain in time for the new Premier League campaign.

The European champions have confirmed midfielder Keita is on course to begin pre-season training towards the end of July.

That timeline should give the 24-year-old adequate opportunity to build his fitness ahead of the Community Shield encounter against Manchester City on August 4, five days ahead of the club's Premier League opener at home to Norwich City.

Keita aggravated his existing adductor issue in Guinea's loss to Nigeria at the African Cup of Nations.

"The injury ended Keita's participation in the tournament and he returned to Melwood for further examination by the club's medical team," read a Liverpool statement.

"However, he is set to be ready to start pre-season training as planned when back on Merseyside following an end-of-season break later in July."

The boss is back #LFCPreSeasonpic.twitter.com/yK2wDNfhxi

Keita originally suffered the injury against Barcelona in May and was forced to miss the Reds' Champions League final victory over Tottenham.

Liverpool did not confirm whether he is likely, as has been reported, to join the rest of Jurgen Klopp's squad on their tour of the United States beginning later this month.

They face Tranmere Rovers and Bradford City in friendlies on July 11 and 14 respectively before jetting off.

Xherdan Shaqiri, meanwhile, is due to undergo further assessment on a calf injury when he returns to the club "in the coming weeks".

Switzerland star Shaqiri was forced off in the Nations League encounter against England.