Kawhi to the Clippers: What his departure means for the Raptors 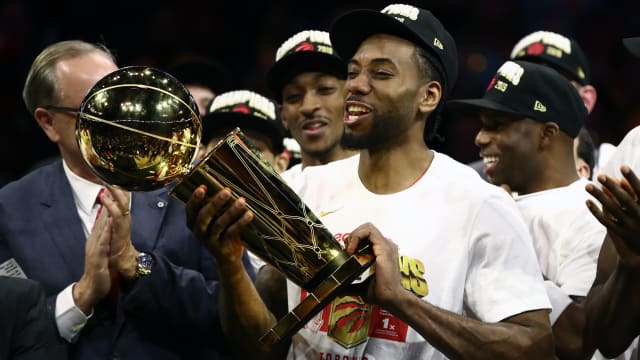 Kawhi Leonard shook up the NBA with his decision to sign with the Los Angeles Clippers in free agency just a few weeks after leading the Toronto Raptors to their first title.

While the Raptors remained confident Leonard would re-sign with them and continue to build a legacy, the star ultimately chose to return to his hometown of Los Angeles and pair up with Paul George.

Leonard's decision made a huge impact on the league as a whole, but how will it affect the Raptors, the city of Toronto and the East?

No outrage for Toronto, just disappointment

After waiting until late on Friday night - or the early hours of Saturday for the East Coast - Leonard finally made his free agency decision. Much to Toronto's disappointment, he decided to move on after just one season with the Raptors.

Some may question whether this taints his legacy in a city where he made such a significant impact in such a short time, becoming an icon throughout Canada, but the overall consensus and initial reaction in Toronto is that it will not.

Yes, the Raptors would have loved to have Leonard back. But no, there will not be outrage.

It will be a hard goodbye, but there should not be hard feelings.

Raptors likely will stay the course and develop

The Raptors had a couple options entering free agency: stay the course with their young talent or to make drastic changes in preparation of losing Leonard. So what are they going to do without the NBA Finals MVP?

It is likely they go for the first option and keep building around their young core. Toronto might try to add two or three mid-level players to fill the void because there are no clear stars left.

The Raptors have done a good job drafting in recent years so it makes sense to keep investing in the talent they already have. A player like Pascal Siakam could have to step up and be a consistent playmaker, and let us not forget about OG Anunoby, who was sidelined for much of the playoffs.

There is no way to replace a player like Leonard, but the Raptors will stay in the mix if Siakam and Anunoby step up.

The East is wide open again

The story in 2018 was about how wide open the East would be without LeBron James, who left the Cleveland Cavaliers to sign with the Los Angeles Lakers in free agency. It is the same story this year.

The Raptors surprised everyone by beating the Golden State Warriors in the NBA Finals and they would likely have been among the favourites to win the championship again with Leonard still on board.

Now, it is anyone's title to win as the West continues to build.