Rumour Has It: Man United desperate to sign Maguire 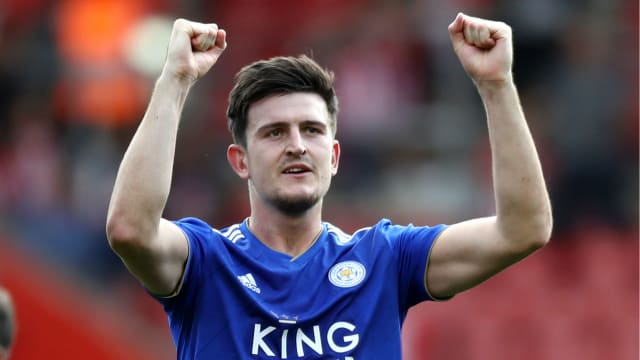 Maguire, 26, has reportedly told Leicester he wants to leave, with both Manchester clubs linked with a move for the centre-back.

But it seems Ole Gunnar Solskjaer is eager to bring the England international to Old Trafford.

Maguire is Manchester United's number one defensive target, according to the Mirror.

The report says Solskjaer received positive feedback from the likes of Marcus Rashford, Jesse Lingard and Ashley Young, the United trio having played with Maguire for England.

The Mirror also say United assistant manager Mike Phelan is desperate for the club to sign Maguire, who he worked with briefly as Hull City manager in 2016-17.

It was reported earlier this week that United had made a £70million bid for Maguire.

- Staying at Old Trafford, Manchester United have offered goalkeeper David de Gea – who has been linked with a move away – a final £350,000-per-week contract, according to The Sun.

- Romelu Lukaku is set to join United's pre-season tour despite reportedly being set for a move away. The Sun say Inter are yet to meet United's £75m price tag for the striker.

- After 12-and-a-half years at the Santiago Bernabeu, Marcelo is set to leave Real Madrid. The left-back, who faced plenty of criticism during 2018-19, will leave the LaLiga giants in the coming weeks, according to Sport.

- It looks set to be a busy few days for West Ham. The Premier League club have agreed to sell Marko Arnautovic to Shanghai SIPG for £23m, according to the Daily Mail. The Mirror say the Hammers are looking at West Brom striker Salomon Rondon, while Football London report the club are trying to land Celta Vigo forward Maxi Gomez, who was set to join Valencia.

- There could be another talented forward heading to China, with Sky Sport Italia reporting Stephan El Shaarawy has agreed to move to Shanghai Shenhua. Roma reportedly want €20m for the forward.