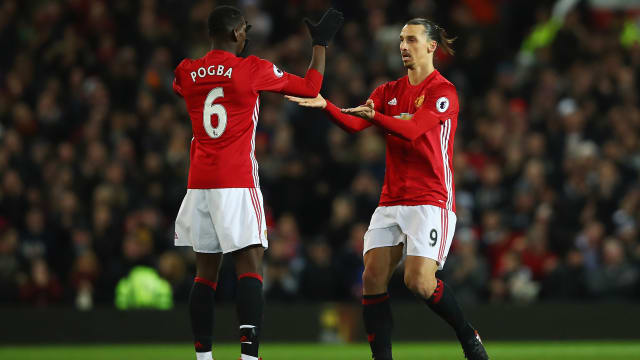 Pogba – whose agent confirmed on Friday he wanted to leave United amid links to Real Madrid – responded in his own way less than 24 hours later.

The 26-year-old opted to kick the lids off two bottles rather than the usual one.

"@iamzlatanibrahimovic thanks for the #bottlecapchallenge invite!!" Pogba wrote on Instagram alongside a video of him kicking the lids off.