Nasri links up with Kompany at Anderlecht after West Ham release 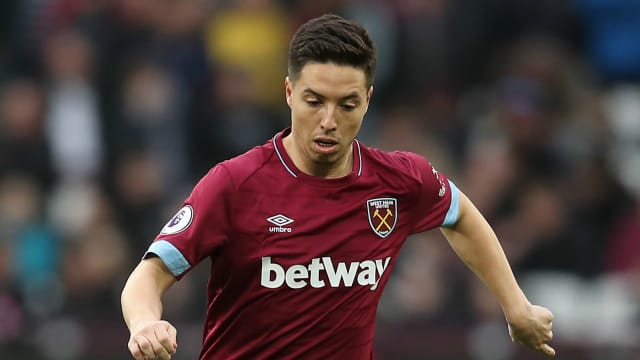 The 32-year-old became a free agent after West Ham turned down the chance to renew the short-team deal he signed on December 31.

Anderlecht's new player-manager Kompany spent six seasons playing alongside Nasri at City and he has moved to add the former France international to his squad.

Nasri, used six times by West Ham in the second half of last season, has been handed a 12-month deal by Anderlecht with the option of an additional year.

"I received a number of great offers, but in the end I chose Anderlecht with a great deal of conviction," he told the Belgian club's official website. "I absolutely want to help Vincent and the club to succeed in their set-up.

"Vincent was my team-mate at City between 2011 and 2017. I know him through and through and know which project he has in mind with Anderlecht. Together with him and the entire team I want to do everything to make this a success."

Kompany was appointed by Anderlecht last month and is tasked with improving on last season's sixth-place finish.

Nasri, who has previously served an 18-month doping ban, won two Premier League titles and the EFL Cup during his time with City after three trophyless seasons with Arsenal.